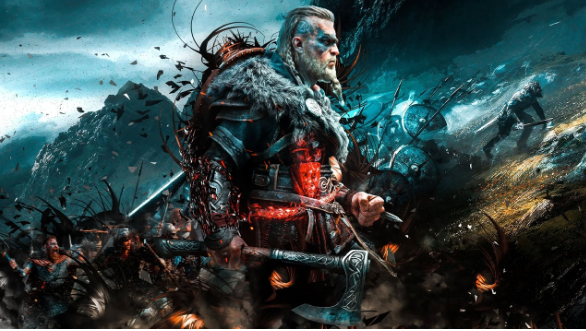 We rated the Assassin’s Creed series, one of the most famous and beloved game series in the world, according to two main criteria. I wonder which Assassin’s Creed game really lives up to its name?

Assassin’s Creed, published by Ubisoft in November 2007 and originally conceived as a Prince of Persia game, has become so popular that it is now known as one of the most successful projects of its manufacturer, Ubisoft. If you remember, the French gaming company has introduced a new game of the latest AC series.

Attention: In the article that you will read soon, there are spoilers about 12 Assassin’s Creed games.

So what is better in the opinion of whom?

As you know, Assassin’s Creed games are mostly based on murder and stealth. In the story part of the game, he is known for his missions with which we support our sect. So, there are 2 main points that we will consider here. Are we really controlling an Assassin in the first game? The second question is: Is our sect (Creed) the center of our main missions in the game?

According to these two main criteria, we will evaluate 12 main games for whether they are “a real Assassin’s Creed game”. Let’s find out together which of these 12 games is the real AC game.

The first Assassin’s Creed game, released in 2007, begins with a bartender named Desmond Miles finding out that he comes from an assassin, and then we control our main character, Altair ibn-La’Ahad. As an assassin from the beginning to the end of the game, all Altair’s duties are to save the sect and its honor.

Although it lacks graphics and plot even for its time, the first AC game manages to get 5 stars from us because it fully meets our evaluation criteria.

Assassin’s Creed 2, which takes place almost 300 years after the first game, features one of the “most charismatic” characters from both the entire AC universe and the game world. We control Ezio Auditore de Firenze, whose father is a murderer. Ezio, whose father was killed by the Templars, the main enemies of the AC series, was on his way to becoming an assassin, wearing his father’s costume and vowing revenge.

Ezio, who is not an assassin for about 30% of the game, postpones revenge after joining the sect and begins to complete quests for his sect. Unfortunately, the Assassin’s Creed 2 game gets 4 stars from us because of this flaw in the first part of the game.

Although it looks like a side game, Brotherhood, which is part of the 12 main games and Ezio trilogy, begins exactly where the second game ends. Ezio, our main character, goes to Rome after his sect in Rome weakens, and begins to work on the revival of the “brotherhood” there. Trying to strengthen his cult, Ezio pursues the Apple of Eden, a mystical object from pre-human times.

When we look at this game, we see much more intense cult and assassin motifs than in the first two games. Especially Assassin’s Creed: Brotherhood, whose main theme is “strengthening the sect”, manages to get 5 stars from us thanks to its innovative mechanics.

This game, which holds a special place among Turkish AC players because it takes place in Istanbul, tells how Desmond gets rid of the Animus, and Ezio explores the origin of the cult. Ezio travels the world in search of 5 keys to the library that Altair once built in Masyaf. Throughout this process, Desmond tries to survive, and Ezio finds the keys and explores the memories of his ancestor Altair.

The game now has a framework in which Ezio, the real killer, investigates the mysteries of the cult in the last years of his life. While some quests are aimed at helping and supporting the brotherhood, most of the game is dedicated to Ezio looking for answers to his questions. That’s why we give this game 3 stars.

Bringing a new breath to the series after the legendary Ezio trilogy, AC 3 begins with Connor Kenway, whose father is a Templar and mother is a Native American, taking revenge on the people who killed his mother. Connor, who later meets the former killer, gets physical training and understands the origins of the brotherhood. Connor, who adds a plan to kill his father and other Templars in revenge after joining the sect, tries to behave like a real killer throughout the story.

Although Connor is a real assassin in the game, he tries very hard to join the brotherhood at the beginning of the game and then begins to live in accordance with the teachings of the brotherhood. At the moment we are giving 4 points to this game, which is very similar to AC 2.

In this game, which takes place 40 years before Assassin’s Creed 3. We control Edward Kenway, the grandfather of the main character of AC 3, Connor Kenway, and the first assassin of his bloodline. Originally a pirate, Edward accidentally meets a dying murderer and begins pretending to be a murderer in hopes of making money. Although Edward’s path intersects with the brotherhood in later parts of the story, he doesn’t really want to go down that path. However, Edward, who changed his mind about this in the last parts of the game, eventually becomes part of the brotherhood.

Despite the fact that this is an innovative and exciting game, AC 4: Black Flag has a main character who is not a killer and refuses to be one, and the gameplay is far from a cult. Although the character helps the sect, the main motivation here is not “brotherhood”, but just money. For this reason, this game, beloved by many AC players, gets 2 points according to our criteria.

This game, in which we control Shay Cormack, an Achilles student who trained Connor in Assassin’s Creed 4: Black Flag, has a structure very different from other AC games. In the game that we start as an assassin, soon we become enemies of the brotherhood and join the Templars. Then we hunt our “brothers” one by one.

We are not assassins in the game and all our actions are against the cult. Although it is incorrect to rate the game at the moment, we give 1 star to the game, which is part of the main series, according to our criteria.

AC: Unity, the game in the series that is most criticized for errors and graphics problems, tells the story of the murderer Arnaud Dorian, who investigates the death of his stepfather during the French Revolution in the 1800s. Trying to save his brotherhood by fighting the Templars, Arnaud also lights the fuse of the French Revolution.

Although the game implements the concept of “playing the game”, it has a more successful plot and “assassin” gameplay than all the games released after Assassin’s Creed 1 and 2. That’s why we give the game 5 stars.

In Assassin’s Creed: Syndicate, set in 1868, we play two brothers named Jacob and Evie Fry. These two characters, whom we see as murderers from the very beginning of the game, are fighting against the Templars in Victorian London.

Although we are part of the criminal world and are trying to use this world for the sake of brotherhood, half of the game is spent on cult missions, and the other half on creating a criminal empire. That’s why Assassin’s Creed: Syndicate managed to get only 3 stars from us according to our criteria.

Origins, a game in which Ubisoft has made a “soft reboot”, making minor changes to the series, takes us to the Egyptian period before all the games. In this game, in which we play as a maja named Bayek, our main character is fighting a cult called the “Order of the Ancients”, which is the source of the Templars. Later, our character plays a big role in laying the groundwork for the killers we know.

Although there are almost no murders in the game, we give this game 3 stars because we fought the Templars of that period and are one of the founders of the Assassins sect.

To summarize this game in which you control one of two characters named Alexios and Cassandra, you are a mercenary of your choice and run from mission to mission to survive. Although at some point your paths will cross with the assassins, unfortunately, “Assassin’s Creed” is not a game that lives up to its name, with the exception of additional game packages.

At the moment, despite the fact that this is a successful role-playing game, unfortunately, Assassin’s Creed: Odyssey only gets 1 star from us because it does not meet our criteria.

After Avor, a Viking, sails to new continents, his paths cross with murderers. Although he finds out about this order after he crossed paths with the killers, Avor, who goes his own way, never becomes a real killer.

Although the game is basically similar to the old Assassin’s Creed games, in fact it proceeds in a completely different way. Valhalla, which does not go beyond being a fighting game decorated with RPG elements, unfortunately can only get 1 star from us according to my criteria.

GTA 3 Was Going To Be Xbox Exclusive, But Microsoft Scrapped...