Home Entertainment Which DC character was actually responsible for the New 52? 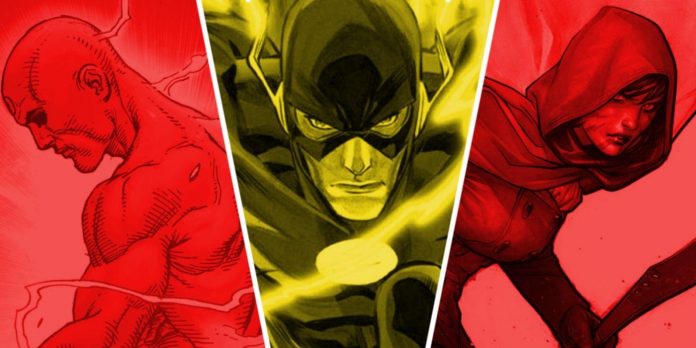 In 2011, DC’s event comic Flashpoint ushered in the company’s groundbreaking revamp and publishing initiative, The New 52. Gone was the Post-Crisis history that existed for nearly three decades, replaced with a fresh, new continuity for any reader, new or old, to jump onboard. Despite DC’s best efforts to get fans invested, elements of the reboot rubbed readers the wrong way. For instance, continuity snafus and the total disappearance of fan-favorite characters upset readers.

The responsibility for the shift to the DCU has fallen on many character’s shoulders. The New 52 had so many moving parts, so there’s certainly enough blame to go around. But the question must be asked: which character is actually responsible for the biggest change to DC Comics since Crisis on Infinite Earths?

Related: DC Changed Its Continuity A Decade Before Crisis on Infinite Earths

It All Started With The Flash’s Best Intentions

When it comes to the biggest change to the DC Universe’s timeline, the first and foremost character deserving of attention is the Scarlet Speedster. Barry Allen may be one of the Justice League’s most noble heroes, but he kicked everything off thanks to his mucking around in the past. Unable to cope with the loss of his mother’s death at the hands of Reverse-Flash, the Flash traveled through time, going back to save her life. But in doing so, Barry created the unstable Flashpoint timeline, a world that would have torn itself apart thanks to a war between the Amazons and Atlanteans. Thankfully, Flash realized the gravity of his mistake, and prevented his past self from causing the divergent timeline.

But when Barry Allen got back to his home, everything was different. Years had been removed from the timeline, personal histories were altered and costumes had much more superfluous lines. Though Barry Allen didn’t realize it, his screwing around in the past had helped drastically change the DC Universe forever. In the time it took Barry to undo his mistake, he allowed forces greater than he could comprehend to enter and make radical changes to the world he knew. Did the Flash consciously and intentionally create a new timeline to supplant the one fans were familiar with? No, but because of his desire to save his mother, he opened a door he’d never be able to close. Without the Flashpoint, it’s very unlikely there would have been a New 52.

Enter Pandora And Her Attempt to Save the DCU

Barry Allen may have opened the door, but the notable presence who walked through was DC’s powerful magic character, Pandora. When Barry was stopping his past self from undoing the past, an enigmatic presence made itself known to him. Warning Flash of a great, yet vague, threat, Pandora takes the shifting timeline and merges the main DC Universe with the Wildstorm and Vertigo worlds. The end result was the Post-Crisis New Earth becoming the younger and radically different Prime Earth. It’s eventually revealed that the mysterious being is the Pandora from the ancient myths and that her timeline manipulation was part of her efforts to defeat the evils that manipulated Pandora into opening her fabled box.

Pandora was shown to be the most culpable character behind the change during the New 52. She merged multiple worlds, made eerie appearances in every #1 issue of the New 52’s series and was the focus of the “Trinity War” crossover. But Pandora was never shown to be malicious or cruel. She wanted to protect the DC Universe from great evils and figured the best way she could achieve that was with a completely new universe. But beyond vague sentiments, Pandora’s goals were never clear. Despite the role she played in Flashpoint, she was ultimately discarded during the Rebirth era in favor of Watchmen’s Doctor Manhattan. Pandora may have, at one point, been the architect behind the New 52 but subsequent revelations have put her actual impact in question.

In The End, Was Doctor Manhattan Really Responsible?

Nearly five years after the New 52 was established, DC Universe: Rebirth #1 turned everything on its head with the revelation that Doctor Manhattan was present in the DCU. After a few years of tantalizing teases, the maxiseries Doomsday Clock confirmed (without a shadow of a doubt) that Manhattan was the real cause of the New 52’s existence. After departing his universe at the end of Watchmen, Jon Osterman began observing the heroes of the DC Universe and experimented with their timeline. He plucked characters out of their natural state, removed key relationships and even prevented heroes from rising altogether. For the first time since the New 52 began, there was a reason why the new timeline had so many inconsistencies and odd occurrences: it was all because of Doctor Manhattan’s experiments.

Though Doctor Manhattan infamously said, “Nothing ever ends,” that explanation would not be the final say on how the New 52 came around. Justice Incarnate #4 added a new layer to the Manhattan revelation that actually helped absolve the Watchmen character. Apparently, the Great Darkness of DC subtly influenced Osterman once he came over from his world. Because the villain wanted to weaken the heroes of Earth-0, the Great Darkness manipulated Doctor Manhattan into stealing 10 years of history from New Earth. So once Barry’s Flashpoint shenanigans provided the opportunity, Manhattan was able to act on the Great Darkness’ orders and create the younger and heavily altered New 52 timeline.

So Who Is Ultimately to Blame?

Admittedly, this is a hard question to answer. Flash went back in time and weakened the timeline. Pandora merged three worlds into one. Doctor Manhattan stole ten years and altered the universe. And the villainous force, The Great Darkness, took advantage of the entire thing for its own benefit. In the last decade, it seems that the constant twists and turns and shocking revelations have served only one real purpose: to pass the buck. The tormented Pandora wasn’t as culpable for the New 52 when Doctor Manhattan’s deeds came to light. And Jon was shown not acting of his own accord once the Great Darkness’ plan was revealed. While this helps to keep an innocence to certain characters, it doesn’t excuse the fact that everything that happened traces back to one person: the Flash.

Granted, Barry Allen’s creation of the Flashpoint timeline was an accident and he had no way of knowing that saving his mother could have such intense ramifications. But if Flash never went back in time, he never would have set up the chain of events that lead to the New 52’s creation. No Flashpoint means no opportunity for Pandora, Manhattan or Great Darkness a chance to make their moves. The New 52 may be the result of multiple powerful beings acting at once, but the DC Universe changed forever all because of the Flash’s biggest mistake.