Home Entertainment Which cult classic movie should you watch based on your zodiac? 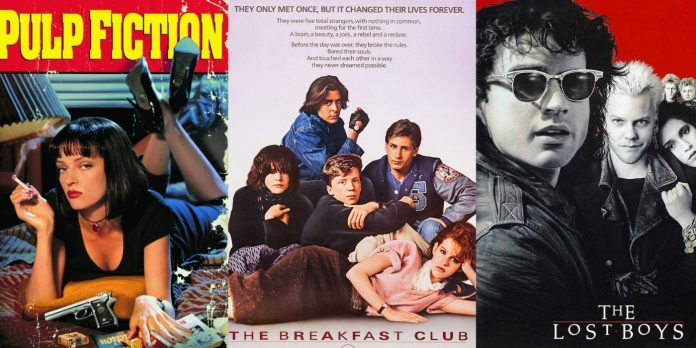 There is an opinion that recent films will eventually become cult classics, and films such as “Thor: Love and Thunder” will resonate with fans, but to a lesser extent with critics. By definition, a cult film is a film that has gained a devoted following over time and has generally sparked or inspired a cultural movement upon its release later, despite being a critical or box office bomb.

Lady Gaga recently spoke about the influence of cult classic films on Hollywood and cinema, citing Donnie Darko as an example. With so many cult classic movies to choose from, we’ll tell you which one you should watch and choose a movie for you depending on your zodiac sign.

As a fiery sign, Aries is familiar with the desire to do things his own way and not take “no” for an answer. They are bold, determined and impatient. That’s what makes Pulp Fiction the perfect movie for them.

“Pulp Fiction” tells about the lives of two hired killers, a boxer, a gangster and his wife in this story about violence, forgiveness and redemption. This is perfect for Aries, who are always looking for the thrill of a lifetime.

Taurus, as a rule, stay-at-home people, they like the usual routine and patterns, the comfort of their own environment. They are patient, resilient and compassionate. Princess Bride is a great watch for people born under the sign of Taurus.

After Buttercup, a princess madly in love with a farm boy (Westley), the film takes a turn when Westley is attacked by a pirate. It is full of cute characters, the struggle of good against evil and touching moments. It’s a nice, familiar movie, perfect for Taurus.

Charismatic is a word that comes to mind when you think about Gemini. People born under this sign are considered cute, funny and often enjoy success in the crowd. They like to explore the world around them and have a taste for the unknown.

The first rule of Fight Club is not to talk about Fight Club, which makes it a great partner for Gemini. It’s full of charismatic personalities, and there’s a hint of suspense in the movie that the Twins might like.

It is known that Cancers are emotional, this is one of the most common features of this zodiac sign. They tend to be very sensitive and have a good listening post for their friends and loved ones.

The Breakfast Club is a movie that will touch the very heartstrings of anyone who watches it. This is a coming-of-age story in which five high school students get stuck in prison together. At first it seems that they have nothing in common, but over time they learn to trust each other and open their hearts. It’s also perfect for re-watching over and over again.

Lions like to stand out, they are big personalities who like to be the center of attention. They want to leave their mark on the world and live a full life.

There is no film that is better suited for this sign than “Ferris Bueller’s Day Off.” Ferris pretends to be sick in order to spend the day off and have a day of adventure and fun with his best friend and girlfriend while the dean of the school tries to catch him. This is a loud and energetic movie, typical for a good mood.

Usually these signs are considered the brain of the group. Virgos have a quick solution to any problem they encounter, and they have a good appreciation of people’s characters.

Scarface is full of memorable characters and misjudgments. Tony and his friend Manny are building a drug empire in Miami, but his ego gets the better of him, and soon he is overcome by his own paranoia. Virgos may enjoy exploring human flaws, and as the brains of signs, they will see themselves a little bit in Tony and his decision-making.

Libra is able to resolve conflicts and see every side of the dispute. They are also exceptional peacemakers, but tend to get a little lost in their own fantasies. They like to escape from the real world to the world of their dreams.

The Rocky Horror horror show takes fantasy and daydreaming to a new level thanks to the stunning plot twists and strange incidents that occur throughout the film. It’s eccentric and bold, and it’s sure to entertain Libra all the time.

As one of the most complex signs, Scorpios are difficult to narrow down to a predetermined set of traits. They are hard to recognize, but they are usually quite popular. They tell the truth and are not afraid to express their opinion.

Donnie Darko is also confusing. After a strange accident, Donny begins to see things prompted by his new friend (whom only he can see), Frank.

Why the director of Jurassic World Dominion avoided the fan service...