Home Entertainment Where Zelda Games can Go after BOTW 2 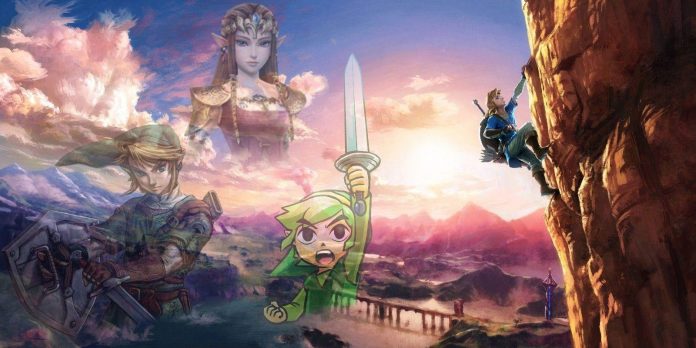 The Legend of Zelda games have explored a wide variety of settings and themes, and after Breath of the Wild 2, it may be time to reinvent the series again with whatever new Zelda games come next. BOTW’s open-world gameplay has proven to be a smashing success, with the game still being praised years after its debut. It would take something impressive to top it, but there are plenty of ideas that Nintendo could use in the next installment.

The Legend of Zelda titles have made a habit out of featuring new quirks and mechanics in each game. For example, The Wind Waker had the titular wind-controlling artifact, while Majora’s Mask had its controversial timer problem. The games have also experimented with different art styles, such as Wind Waker’s cartoonish Link and the CD-i games’ 2D animated cutscenes. At this point, it is more or less expected for every new Zelda game to add something different to the formula.

There are still plenty of solid directions that the next Legend of Zelda title can take after BOTW 2 releases. Although the open-world Hyrule has been one of the series’ biggest successes yet, another innovation could prove to be an even bigger hit. It all depends on how creative the developers are willing to be with the concept.

The Sheikah are one of the most fascinating parts of Zelda lore. A mystical group chosen by the goddess Hylia, the Sheikah tribe protects Zelda’s land of Hyrule and are thus important and enigmatic allies. For the longest time, the only confirmed Sheikah in the game was Impa, but Breath of the Wild featured a proper Sheikah village. However, the games have never shown the Sheikah at the height of their glory.

A game that features the birth of Hyrule and the role that the Sheikah played during that period. Seeing the kingdom of Hyrule’s earliest days before it became so proud and impressive would make for an interesting new perspective, and players could also get a look at how the Sheikah protected Hyrule from the shadows in those days. Perhaps said game’s iteration of Link could be a Sheikah himself, or a Hylian raised by Sheikah. It could also provide new mechanics for Link, primarily involving the Sheikah’s ninjalike warrior style and use of advanced technology. Knowing that a cancelled Zelda spinoff starring a Sheikah was once considered, a Sheikah Link could be considered as one of the most unique iterations of the hero yet.

Related: Zelda: How Princess Ruto Ended Up Inside Lord Jabu-Jabu

The heyday of the Sheikah is still largely unexplored territory for the Zelda series, and it feels like a period of Zelda history well worth looking into. Between the new dynamics and story potential for such a setup, it could make for an engaging journey into unfamiliar territory. Given how many times the Sheikah have been referenced, it may be time to put them in a starring role.

A New Zelda Game Could Star A Drastically Different Link

Every Legend of Zelda title brings with it a new version of Link. This includes the toon and animated Links mentioned previously. However, even if a different art style is used, Link as a character has been reinvented many times, in different situations with different backgrounds. After so many games in the series, it may be time to experiment with Link in an entirely new way.

It is already known that Legend of Zelda had a female Link concept, and it may be interesting to finally see it properly incorporated into a game. However, that’s not the only variant of Link that could occur. Perhaps a game could feature an old Link whose adventure didn’t come until his advanced years. Link doesn’t even have to be a Hylian. One timeline could have a Zora, Goron, or Rito Link, among others. A different species could even open up different opportunities, like Goron Link having a Master Hammer instead of a Master Sword, or Zora Link having a primarily underwater adventure.

The Legend of Zelda has shown a lot of versatility in regards to Link and the kinds of situations he finds himself in. However, adding a completely new perspective could be the kind of flair that brings the next game in the series to the next level. Considering Link is such an iconic character that players cannot change Link’s name in BOTW, changing him drastically seems like a hard sell. However, a series so historically creative as Zelda could pull off such a move.

There Could Be A Zelda Spinoff Starring Someone Other Than Link

Link has been the protagonist of every Legend of Zelda game, barring two of the CD-i titles that starred Zelda. He is always going to be the main protagonist, but many series have featured spinoff titles following secondary characters. With the rich worldbuilding of Legend of Zelda games, one of these spinoffs could prove beneficial.

Probably the most obvious character to star in a spinoff would be Zelda herself. Not only does the have potent magical powers, but she also has her ninjalike alter ego Sheik. Shigeru Miyamoto has even admitted that a Zelda spinoff starring Sheik has been talked about, adding fuel to the fire. Aside from Zelda, the next best candidate would be Impa. Impa has been portrayed as a brave and mighty warrior in multiple incarnations, and her playable appearances in Hyrule Warriors back that up well. Likewise, many iterations of the King of Hyrule could potentially be solid playable characters. Although as more of a slower, more impactful fighter thanks to his bulky frame and large weapons.

There are even more Zelda characters with the strength to carry a spinoff, such as Breath of the Wild’s Champions of Hyrule. Although it may not get the same attention as a main Zelda title, a spinoff can be a fun change of pace. Some of these characters are very popular, and a side story could flesh them out in a useful and interesting way. Even if the end result is a cult classic like the underrated Zelda: Oracle games, exploring some of these characters is certainly warranted.

There is no question that The Legend of Zelda is one of Nintendo’s most exciting and innovative franchises. Every game has been offering something new since its inception, and it has proven its consistently high quality time and time again. After Breath of the Wild 2, The Legend of Zelda will almost certainly have some exciting new plans for the series.

Star Wars: Ahsoka To Premiere After The Mandalorian Season 3

Rating of the most controversial plastic surgeries by Darcy Silva