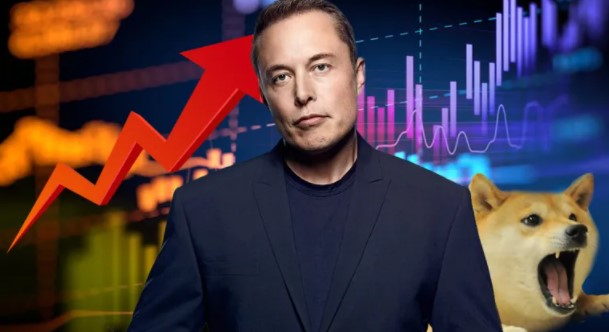 Tesla CEO Elon Musk recently acquired a 9.2% stake in Twitter, making him the largest shareholder. When Elon Musk does something on Twitter, it affects the crypto market and acts in response. Therefore, the crypto community is discussing what Musk’s investments in Twitter mean for the crypto industry and where they will lead Dogecoin (DOGE).

Tesla CEO Elon Musk’s 9.2% acquisition of Twitter makes him the platform’s largest shareholder. Following the news of the stock purchase, the social media giant’s stock price increased by 25 percent in pre-session deals. Thanks to this news, Dogecoin, backed by Musk, has approached the highest levels in the last two months.Binance Labs investment director Ken Lee said that Musk’s investment could help advance the platform’s crypto initiatives and even lead to the integration of DOGE into the platform. Continuation:

Elon Musk’s investments in Twitter can help accelerate the introduction of cryptocurrencies on Twitter. Let’s see if Twitter starts accepting its Dogecoin.Elon has always been very open about the concept of a more decentralized and censorship-resistant social media platform, and this is what Blockchain and Web3 technologies can help.

There have been no official statements about Musk’s plans for the company in this regard. However, given the history of both the CEO of Tesla and the company dealing with cryptography and social networks, it is expected that this event will contribute to the opening of Twitter new features based on cryptography and blockchain. Musk’s relationship with cryptocurrency is not a secret. In February 2021, Tesla bought BTC for $ 1.5 billion. In March 2021, a well-known businessman announced his plans to accept BTC as a means of payment for Tesla cars, stimulating the markets. But the market collapsed a few months after Musk announced that the firm was abandoning its plan, citing the environmental impact of using bitcoin mining energy.

The Crypto Community Expects Regulation of the Fraud Problem

As Somanews previously reported, Elon Musk’s cryptocurrency interest is not limited to bitcoin. Musk’s Dogecoin tweets were linked to the rise in price of memcoin, and a well-known businessman was accused of manipulating prices. The billionaire also explained that in 2021, DOGE is better than BTC when it comes to payments. In January 2022, Tesla began accepting DOGE as payment for its products. Despite this, official reports show that at the end of 2021, Tesla had $2 billion in BTC. Some of Tesla’s BTC assets were also sold in March 2021 to test the liquidity of this volume. This step brought at least $128 million in realized profit. After the acquisition of Musk, Twitter’s shareholders included at least two crypto celebrities, including former Twitter CEO Jack Dorsey. It seems likely that this list will expand. Michael Saylor, known as a bitcoin supporter, suggested solving this problem and said:

“Crypto Twitter” has become a buzzword. Because thanks to the fast flow and rich interaction opportunities, the platform once known as “microblogs” has become a discussion center for the crypto community. Therefore, it is quite natural that rich opinion leaders take part in this platform.

Twitter is also interested in blockchain-based technologies such as NFT. In January 2022, Twitter opened support for NFT avatars for Twitter Blue subscribers, a paid subscription service for $2.99 per month. However, Musk reacted negatively to this feature. In addition, Twitter also supports tipping in cryptocurrency. In February 2022, the platform added Ethereum to its tip payment options. Because of his tweet, the crypto community assumes that Musk will first present a fix to the problem with scammers sending spam on Twitter.

Forget SHIB: These Are the Altcoins That Will Mark 2022!