Home Entertainment Where Was Crash Landing On You Recorded? Locations in Switzerland 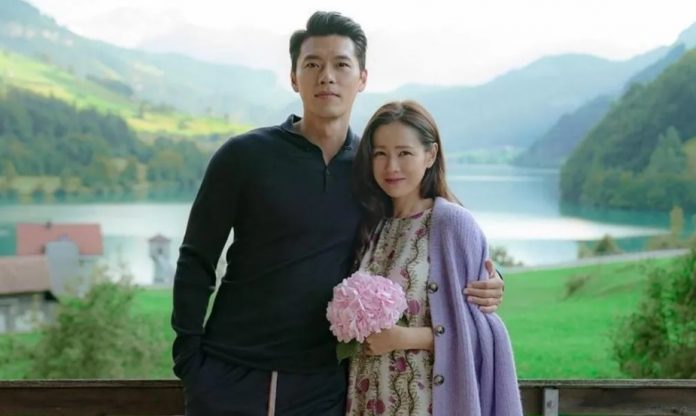 The series starring Hyun Bin and Son Ye Jin became a fan favorite, the drama that tells the love story between a successful South Korean businesswoman and a North Korean army captain who one day meet for accident continues to captivate hearts and today we invite you to recall some memorable scenes.

Ever wonder where Crash Landing On You was recorded? The story had locations from different parts of the world, but some of the most impressive settings that we saw in the episodes are within Switzerland.

If you remember this K-Drama you will know very well that Switzerland is an important place for the protagonists, because although they believe they have met in North Korea little by little they discover that they had already coincided while both were in the European country.

Today we tell you about some places where the drama was filmed and that you will love to visit if you are in Switzerland one day.

An iconic moment of this drama occurs when Ri Jeong Hyeok plays the piano in front of a lake, he is about to go back to his country, and meanwhile Se Ri is cruising in a boat nearby, so he manages to hear it.

Lmao we actually went to where they shot that piano scene in Crash Landing On You 🤣 pic.twitter.com/VvXSlDASUY

This scene was filmed on the pier by Lake Brienz, which is located in Iseltwald and boasts a dreamlike view.

As we get closer to the end of the story we see Se Ri return again and again to Switzerland in the hope of finding the man she loves, so she goes around different places, but it is until one day that she paragliders once more that she finally appears in front of your eyes.

The place where this emotional moment was recorded was First Flieger, located in Grindelwald, Switzerland. It is an exceptional tourist attraction, especially if you like adventure and admire the landscapes from above.

Finally, we present to you the place where Se Ri and Jeong Hyeok met and exchanged their first words. It is a really high bridge where the girl is recording her voice while thinking about ending her life, but an interruption from the protagonist takes her by surprise as he asks her to take a photo for him.

The location of this scene is the panoramic bridge of Sigriswil, so now you know which places you cannot miss on your itinerary if you visit Switzerland and are a fan of this K-Drama.