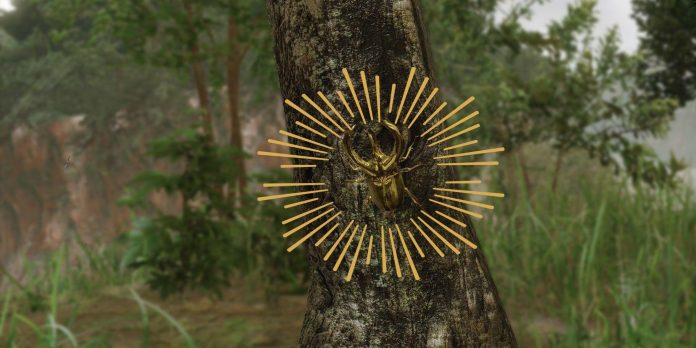 One of the tasks of the Master—level expedition in the game Monster Hunter Rise: Sunbreak is to find an Incomprehensible Rhinoceros Beetle. Expeditions with the rank of master were added to the DLC Sunbreak as a way to farm high-ranking materials to create new equipment. New Master-rank crafting materials can be things like ores, bones, and monster loot, such as the Beautiful Black Pearl Monster Hunter Rise falling from Shogun Ceanataur. In addition to the Master-rank equipment, players can find rare items that give Kamura points, which can be spent in the dining room, Argozi shop, on the submarine of a friend of Srgosi and on the Meausenaria.

Players will need to unlock a master rank before they can find a superior rhinoceros beetle in the wild. To do this, players must have an active Monster Hunter Rise add-on: Sunbreak. Then go through the main story quest until you have the opportunity to go to the Elgado outpost, a place at the center of the new Sunbreak content. From here, players can unlock the Master Rank from Fiorayne, one of the Elgado NPCs and giving quests.

To find an Excellent Rhinoceros beetle, players need to go on an expedition with the rank of master to the Flooded Forest; this is the only place in Monster Hunter Rise: Sunbreak where the beetle lives. There are certain places where players have to find them, but they are usually located to the side of the tree trunk.

Where to Find the excellent Rhinoceros Beetle in Monster Hunter Rise: Sunbreak

An excellent rhinoceros beetle can be found in five places of the Flooded Forest in the game Monster Hunter Rise: Sunbreak:

Zone 3 Pyramid Doorway: Climb the Pyramid. At the top, use the bomb to clear the doorway of debris, and the Shining Rhino will be on the wall to the right. Other beetles will be in the trees. Zone 3 Pyramid east side: There is another rhino next to the pyramid, but on the east side at ground level. Look for a tree at the edge of the map. Zone 7 Secret Zone: Climb the wall next to the Zone 12 marker on the map. There is an outdoor area with a view of the waterfalls; cross the waterfalls with the Monster Hunter Rise beetle and there will be a tree with a beetle on it on the other side. Sub-camp of Zone 11: Next to the additional camp in Zone 11, climb the walls of the hill to find a tree with a beetle on it. Zone 12: South of Zone 12, look for a beetle near the columns of the Pyramid.

When players approach them, they see the inscription “Unique item: Shining Rhinoceros” on the screen. Interact with the beetle, and players will have a one-in-three chance that it is a Transcendent Rhino, although it will not look different on the screen. If players don’t collect Transcendent Rhino, but only get Shining Rhino, try another place. Resources and mining locations in Monster Hunter Rise: Sunbreak will respawn every five minutes, so players can mine as much as they want.

Once the players collect the excellent rhinoceros beetle, they will earn 650 Kamura points. They are also needed for some Monster Hunter Rise: Sunbreak side quests, so players should try to collect some bugs to save them when they need them later.