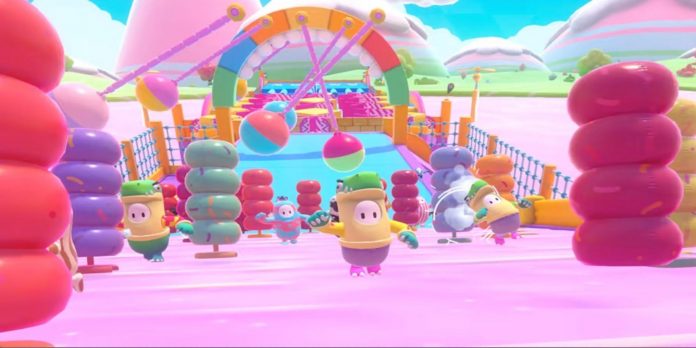 The crazy and fun multiplayer battle royale game Fall Guys was originally launched as a paid game in 2020, and also became one of the free games for PS Plus subscribers at that time. However, two years later, Fall Guys turned into a free game offering the same types of microtransactions as before. And as part of its free launch, Fall Guys is now available on other consoles such as the Nintendo Switch and Xbox.

Considering that Fall Guys is an extremely simple game that doesn’t have to deal with story cutscenes and lots of tutorial screens, it has broad appeal for a game designed as an indie game. However, there are many people who may have heard of Fall Guys and are interested in checking it out, but don’t know how to download it.

This guide will be available for every console/platform and will show readers how to download Fall Guys for free.

Go to the Nintendo Switch online store by clicking on the orange trash icon at the bottom of the home screen. Find Fall Guys in the search bar, and then click the download button on the product page. The game should be free, so players will not be charged for the “purchase”. Gamers can also “buy” Fall Guys on the official Nintendo website by logging into their Nintendo account and finding the Fall Guys product page.

Go to the PlayStation Store on your chosen console and just find Fall Guys. Wait for the download and installation to finish. Fortunately, PlayStation players don’t need to subscribe to PS Plus to play Fall Guys.

Fall Guys is available as a free game on PC, PS4, PS5, Switch, Xbox One and Xbox Series X/S.

The Producer Of Mother 3 Wants The Localization Of The Game...