Home Entertainment Where the winds meet, it looks like a visual splendor 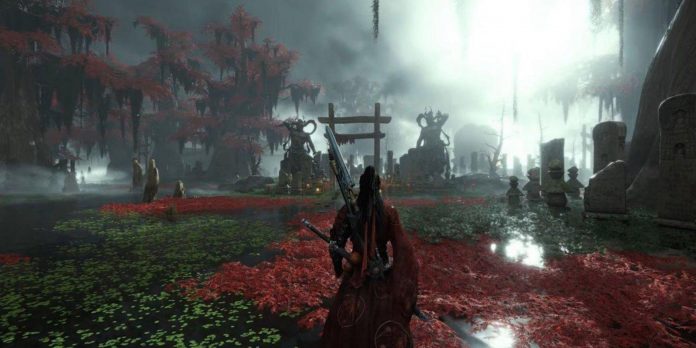 At Gamescom’s Opening Light Live, many viewers were amazed by the trailer for “Where the Winds Meet.” The cinematics and gameplay were a visual spectacle full of magnificent martial arts and beautiful locations, from historical to fantastic. Some call the project a game that is similar to Ghost of Tsushima, meeting the end of the era of the Five Dynasties and Ten Kingdoms.

The game “Where the Winds Meet” was developed by the developing Chinese studio Everstone. The trailer for “Beautiful as a Picture” showed a lot of gameplay elements, such as fighting, hunting, exploration and horseback riding. The locations seem vast and rich, from busy cities to ships and bamboo forests. It looks like there will be a lot of RPG options, although the visuals may be the most appealing part of the game.

Beauty is in the details

If the trailer is not far from what the gameplay will look like, players have something to wait for. The beauty of the trailer is not only in the graphics, but also in the details and design. The smooth movements of the fabric when the characters jump, or the wind rustling the leaves, are not often thought about, but give the trailer an obsessive charm.

Colors really set the tone for places and characters. There were trees painted in gold, green and red, and even the sky changes color from gray and dark to blue and even red. The historical architecture and objects shown in the trailer are a constant source of fascination, once again demonstrating how games can make players explore other cultures and even learn a little history. However, with such a beautiful trailer filled mostly with commercials, some are skeptical that the gameplay will bring the table. In the end, it will have a lot of competition, like the games Assassin’s Creed and Ghost of Tsushima.

What is known at the moment

Not much is known about the plot, but the game will take place in an open world with an emphasis on the freedom of the player. The story seems to belong to the Wuxia genre, a Chinese art genre that tells the story of martial arts heroes in ancient China. The main character of “Where the Winds Meet” is a swordsman and can play different roles, such as a merchant, a doctor and just a wanderer. The fight is not only for swords, as the player can also practice martial arts in the style of wuxia, hand-to-hand combat, magic and tai chi.

IGN also interviewed Everstone Studios, and the developer spoke in detail about the priorities of player freedom. With this in mind, the studio has made many specializations and professions. Those who become a doctor will be able to treat themselves, NPCs and other players who are online. Gamers can also build buildings as an architect, protect NPCs as a bodyguard, or even serve as a carrier that transports NPCs.

Hopes and fears of the players

Many players are unhappy that “Where the Winds Meet” will be available only for PC, but it is quite possible that the game will be released later for consoles, if it turns out to be popular enough. While many gamers want to see more games exploring Chinese culture, there are concerns that the visuals of the actual game will be significantly worse than what is shown in the trailer. This is a problem that often occurs when trailers mostly consist of cinematic scenes rather than gameplay, which corresponds to the description of the first fragment of the film “Where the Winds Meet”.

The lack of a release date also caused skepticism among gamers. Everstone Studio is a new developer, so there is little to say about the quality of the game. Thus, gamers should not overestimate or underestimate their expectations too much, but instead should be patient to see what happens next in the development of this great-looking game.

“Where the Winds Meet” is currently in development for PC.