Home Entertainment Where is “Thor: Thunder of Love” on the MCU timeline? Taika Waititi... 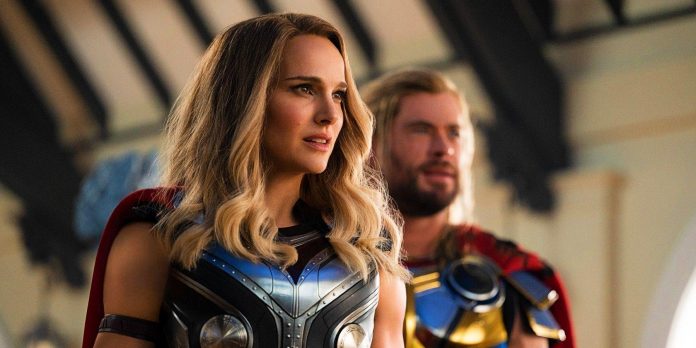 Director Taika Waititi tells where the action of “Thor: Love and Thunder” takes place on the MCU timeline. The events of the fourth solo film about the God of Thunder unfold after the events of “Avengers: Finale”, where Thor is trying to overcome a midlife crisis and find a new purpose in life. In this journey of self-discovery, Thor has to deal with a new threat in the person of Gorr, the butcher god, and he gathers a new team for battle. This time he works together with such allies as Guardians of the Galaxy, Korg, Valkyrie and his ex-girlfriend Jane Foster, who is now the Mighty Thor and owns Mjolnir.

With so many movies and TV shows in various stages of development, the official timeline of the MCU is constantly changing as Kevin Feige and company figure out how everything fits together. Whenever a new Marvel project is on the verge of release, one of the questions that worries viewers is where exactly it takes place in the canon, as it may affect the stories in other films and TV series. Now Waititi is trying to figure out how “Thor: Love and Thunder” fits into all of this.

In a conversation with Total Film (via CBR) about the promotion of Thor: Love and Thunder, Waititi discussed the film’s place on the MCU timeline. Recognizing that some time has passed since the “Finale”, the director tried to accurately determine the number of years that have passed. Check out his quote in the space below:

“I think it’s probably been so many years since we’ve seen [the Final]. Probably four years. Right?”

Due to the five-year time jump, most of the “Finale” takes place in 2023. In the comments of Waititi, it is said that “Thor: Love and Thunder” takes place around 2026 or 2027. This means that Thor was traveling with the Guardians of the Galaxy for a while when “Love and Thunder” was raised. It will be fun to see how the dynamics of these characters changed after the “Finale”, especially with Star Lord (who has a friendly nascent rivalry with Thor). As for how this will affect the larger history of the MCU, it’s hard to estimate. Judging by the trailers, the story of “Love and Thunder” seems relatively independent of the cosmic corner of the Marvel universe and is not really connected with any other projects (with the exception of “Guardians of the Galaxy 3”). This probably gave Waititi leeway as to where the narrative takes place.

Viewers are likely to get more clarity on this situation when “Thor: Love and Thunder” is released on Disney+ after a theatrical screening. The streaming service has an official MCU list in timeline order, which was updated when “Doctor Strange: The Multiverse of Madness” was added to Disney+. Even if no specific year is specified, watching which “Thor: Love and Thunder” projects are sandwiched between them will give viewers a fuller idea before they learn more about where the overall Phase 4 story is heading.

This is Us: The Behind-the-Scenes Drama Shown About Chrissy Metz’s Weight

Sony Responds To Fans Asking For The Amazing Spider-Man 3 With...