Home Entertainment Where does Doctor Strange fit into the rest of the MCU multiverse? 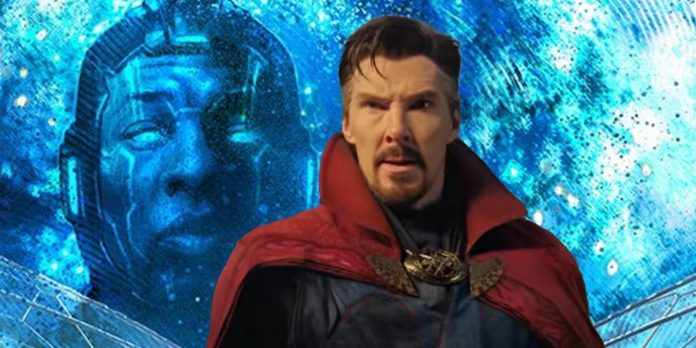 “Doctor Strange in the Multiverse of Madness” made Stephen Strange a key player in the saga of the Multiverse. Speaking at Comic-Con 2022 in San Diego, Marvel Studios President Kevin Feige announced that Phases 4-6 of the MCU are officially called the “Multiverse Saga.” Marvel is gearing up for an epic confrontation with Kang the Conqueror in Avengers: The Kang Dynasty, but the climax will be a multiverse catastrophe in Avengers: Secret Wars.

Doctor Strange is clearly preparing for a major role in the saga of the Multiverse. In Doctor Strange 2, he undertook what can best be described as a multi-dimensional journey and learned about the greatest threat posed by interdimensional travel. If a traveler from one dimension leaves too much of a “footprint” in another, he risks triggering an event called an invasion, in which several timelines are mutually destroyed. Strange returned to Earth-616, transformed by his experience, and in the post-credits scene of Doctor Strange in the Multiverse of Madness, he was seen heading into the multiverse to try to prevent the invasion he apparently caused.

Link: Who was at the end of Doctor Strange 2

“Avengers: Secret Wars” is inspired by the multiversal comic book story of Jonathan Hickman and Esad Ribich. In the run-up to Secret Wars, Strange dedicated himself to saving the multiverse. He left Earth-616, going to the multiverse and joining a group called the Black Priests, who went to great lengths to prevent the invasions from getting out of control. They discovered that all these invasions were coming from alternate Earths, and began destroying the Earths to save their home universes. Strange, viewing this as a radical form of surgery, became the greatest defender of the Black Priests, known as the Eye.

“Doctor Strange in the Multiverse of Madness” clearly prepared Stephen Strange for something similar to his arc ahead of the Secret Wars comic book event. Strange constantly imagined himself as a surgeon, not a superhero, willing and able to do what was necessary to preserve everything that is. Of course, in the third act of the film, Strange rebelled against this logic, entrusting America Chavez to make the right choice, and not to kill her so that the Scarlet Witch could not claim her power, but this went against all his instincts. It’s easy to imagine a scenario in which Strange returned to the type, to the logic he followed when he worked with Black Priests in comics, and began to consider himself a surgeon again. Doctor Strange 2 then sent him to the multiverse to fight the invasions, giving Doctor Strange a third eye to potentially explain the new name. Now that Secret Wars is confirmed on the horizon, none of this looks random.

The setup is clear, but it naturally raises questions about exactly where and how the Strange story will continue in the MCU. There is no obvious place for it in Phase 5, but in truth it would make sense. This would mean that Strange would have more time in the multiverse, he would grow and change, becoming an Eye. He could then return in Phase 6—either in one of the eight unannounced MCU films and TV shows, or in Avengers: The Kang Dynasty 2025, possibly as the leader of the resistance movement against Kang’s options. Assuming that the multiverse war is entirely caused by Kang, then Strange and his allies could have taken similar steps by destroying the Earths, so Kang’s variants were erased. Operating from worlds such as the Dark Dimension, places outside the flow of time, they could take such actions without risking provoking an invasion. Assuming Marvel loosely follows the comics, Doctor Strange in the multiverse of Madness has indeed made Strange a key player, but as in the comics, he is destined to fail. The invasions will really get out of control, culminating in Avengers: Secret Wars, and all of Strange’s victims won’t be able to save the day.

Horizon Forbidden West vs Horizon Zero Dawn: This is How it...

The composer of the film “Spider-Verse” recalls how he voiced the...