Home Celebrity Where Does BTS Live? Meet The Departments That Have Acquired 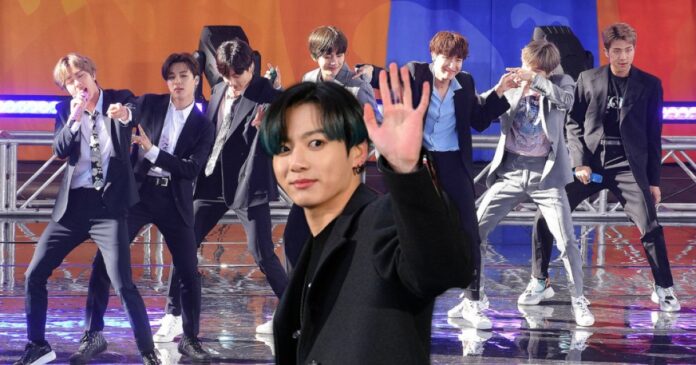 Find out where the boys from BTS currently live and what properties they have bought thanks to their idol careers. Where does Bangtan live? The members of BTS have managed to manage their fortune in incredible apartments and each of them has invested in some properties.

Currently, the members of BTS are living within the same apartment in Hannam The Hills, a prestigious area that, in addition to housing them, is also home to entrepreneurs and important figures in South Korea.

For many years, the boys of BTS made the decision to live together and later they moved to an apartment located in one of the most exclusive areas of South Korea, a luxurious and quiet neighborhood surrounded by trees and characterized by having a direct view of the Han River. Who wouldn’t want to live there?

The BTS department at Hannam The Hills was priced at approximately $ 6.53 million and measures over 3,000 square feet, it is a large space where the members of the K-Pop band of the moment continue to share their lives after 7 years together. Aww!

Do you want to know what it looks like inside? Look at this video:

Despite the fact that the BTS guys love living together, each of the members of the K-Pop band has had the possibility to invest in their own home or properties that they plan to manage over time. Next, we tell you what type of property each has acquired and what is the value they paid for it.

J-Hope was the first member of BTS to acquire his own home, the acquisition of this boy was an apartment that at that time cost him 1,200,000 million dollars, but the value of the site has increased, so it now has a value of approximately 1,600,000 million dollars.
This residence is located in Seoul Forest Trimage, a residential area with some of the best views of Seoul and home to other stars from the world of entertainment.

In 2018, the handsome idol bought a luxury apartment for a cost of $ 1.78 billion. This residence is located in the Hannam The Hills area, the same place where BTS is sharing a bedroom.

With the passage of time, the acquisition of Jin increased its price dramatically, so it is now estimated to be worth around $ 3.4 billion. Now that Jin has moved in with the rest of the group, the idol gave this property as a gift to his parents.

Within this same zone, RM acquired an apartment for the price of 4,000,000 million dollars in Hannam The Hills. Why did you choose this place to live? In addition to the luxurious apartments, the condos have great appeal and value for the amenities and activities they offer.

Within this area, the boys of BTS can find a swimming pool, cafeteria, gym and even a sauna without having to move outside.

Do you play any sports?

In 2018, Suga bought an apartment for which he paid $ 3.4 billion. This apartment is located in UN Village, a luxury area characterized by housing some of the richest businessmen in Korea.

In the same year, Jimin purchased an apartment complex in the Bampo Jugong area for $ 3.6 billion. Unlike the aforementioned members, Jimin did not buy a luxury apartment, but some buildings that he plans to remodel and put up for sale.
Once these buildings are restored, their value will increase.

A year later, Taehyung acquired an apartment in Gangnam, one of the most expensive and luxurious areas in all of Seoul. The idol paid $ 4.55 billion for this home. In addition to the fact that, like the other residences, it has a wonderful view of the city, this site stands out for the privacy it offers residents, making it a place dreamed of by celebrities.

The group’s maknae also acquired a property in 2019, Jungkook chose an apartment within the Seoul Forest Trimage, the same area where J-Hope bought his. The idol paid a total of $ 1.7 billion, but like his peers, he currently lives in the group dorm inside Hannam The Hills.