Home Home Page Where did technology come from in 55 years? 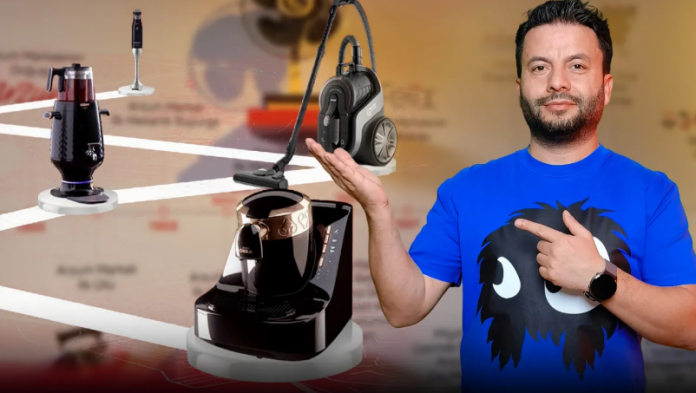 The founder of SDN, Hakki Alkan, conducted important interviews at the Arzum exhibition site with 55 different designers in Istanbul’s Galataport.

Competing in the small household appliances sector with a huge assortment of 650 products in six categories, Arzum continues to grow steadily in Turkey and in the world. The path of the Arzum brand, which was founded by Kazim Kolbashi, Kemal Kolbashi and Ibrahim Kolbashi in the early 1950s, has continued to develop every year since 1966.

The founder of SDN, Hakki Alkan, conducted important interviews at an exhibition site organized by Arzum with 55 different designers in Istanbul Galataport from September 20 to 23.

Chairman of the Board of Arzum Murat Kolbashi made the following statements in his opening speech on the first day of the exhibition: “As Arzum, we wanted to celebrate our 55th anniversary in the way that befits us. First of all, we have immortalized the history of Arzum, one of the most important values of Turkey with its 55-year history, by turning it into a book. We have placed our book “Years with Desires with Other Ages” in the center of the celebration of the 55th anniversary, which, in our opinion, will make a significant contribution to our cultural world and our industry.”

How Kobe Bryant and Shaq’s Feud Led to the Lakers Becoming...