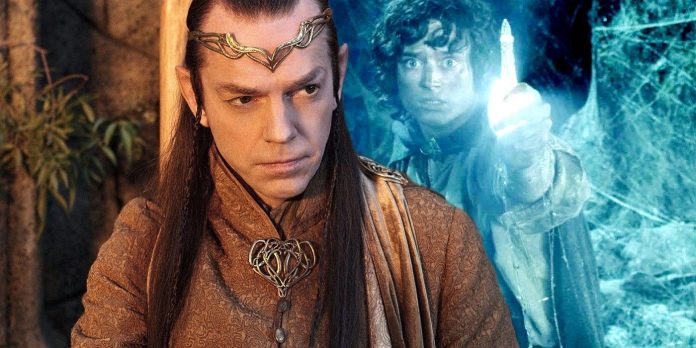 Where are the mythical Silmarilla jewels in The Lord of the Rings? Before the elves of J.R.R. Tolkien’s mythology migrated to Middle-earth, they spent centuries in Valinor, and handicrafts occupied a prominent place among their favorite hobbies. As prince and heir of the Noldor, Feanor was considered the greatest blacksmith of the elves and created the Silmarils — three sparkling gems containing the light of the Two Trees of Valinor. Feanor was allegedly also inspired by the beauty of Galadriel’s hair, which is as creepy as it sounds.

The perfection of the Silmarils conquered the hearts and minds of all who saw them, even the angelic Valar, and, like the owners of the One Ring, Feanor became jealous of them. You can imagine his devastation when he discovered that the Silmarils had been abducted by the villain Morgoth (the master of Sauron and the original Dark Lord) and captured by Middle-Earth. Feanor and his sons swore a solemn oath to recover the Silmarils at any cost, and countless lives were sacrificed when the elves waged war against Morgoth in pursuit of the coveted creations of Feanor.

Link: What is the black sword in the SDCC Rings Of Power trailer?

All this happened in the First Tolkien Era, thousands of years before the era of Bilbo Baggins. However, the Silmarils were almost indestructible, so where are they during the events of the Third Era in The Lord of the Rings?

Where are the Silmarils during the Third Age of the Lord of the Rings?

The two remaining Silmarils were captured by the Valar after they defeated Morgoth, but, driven by Feanor’s Oath, his sons Maglor and Maedhros stole both for themselves. Since the Silmarils were blessed, unclean hands could not hold them, and the elves committed such great sins fighting for the return of the jewels, Maglor and Maedhros could not even squeeze their hard-won trophy without getting burned. Maglor threw his Silmaril into the sea, and Maedhros threw it (along with himself) into a fire pit. The Silmaril of Maglor apparently still lies at the bottom of the ocean, while the Maedhros chasm would have closed in centuries, burying the last Silmaril deep underground. The probability that these two Silmarils will reappear one day is quite real.

Will the Silmarils appear in the “Rings of Power”?

Related: Rings of Power Just Made the Lord of the Rings Balrog Debate More Confusing

Having said that, the footage from the “Rings of Power” trailer teases numerous moments of the First Era — the two trees of Valinor, the oath of Feanor, the first murder of relatives, the death of Finrod, etc. Even if these scenes are a flashback episode or a history lesson, it would be logical to show the Silmarils. It makes no sense to adapt the Oath of Feanor without explaining what made the brothers so angry in the first place. And if the Rings of Power bring the Two Trees of Valinor into living action, it makes sense to explain what eventually became of their divine light. The Silmarils may be trapped in the sky, on earth, and at sea when the main timeline of The Rings of Power begins, but with Valinor’s memories confirmed, expect a possible live look at the three little gems that caused such havoc in The Lord of the Rings. .

10 fictional wizards and witches, distributed among the faculties of Hogwarts