Home Tech When Will We See The Xiaomi 12 And The OnePlus 10: Presentation... 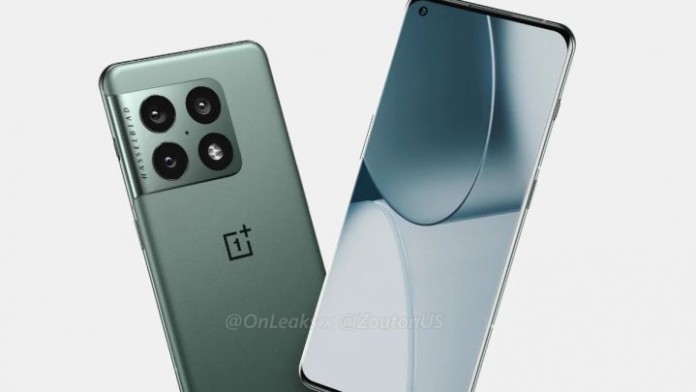 Xiaomi 12: In the world of Mobile telephony, the Chinese OnePlus and Xiaomi are two of the most prominent, with a wide audience on both sides of the pond, East and West. And the presentation of a ‘flagship’ or top of the range is always expected by the general public, ready to devour the new specifications and want to get their hands on it to test the terminal. And soon we are going to have not one, but two presentations over Christmas.

We start with the Xiaomi 12, the next high-end of the company, which will be presented to the public on December 28 at 7:30 p.m. China time, 12:30 p.m. Spanish time) in an event that will take place in China. Xiaomi has announced the date today on Weibo, the Chinese Twitter, and it is expected that there will be at least two versions of the mobile.

In fact, the ad has come with a poster that reveals the design of the front of the two devices that will make up the range: without frames and with a perforated front camera in the upper central part of the screen. In this design there are also rounded edges, and start and volume buttons on the right side. The absence of a visible fingerprint reader suggests that it may have been implemented under the screen, like other high-end models mount.

Confirming the photo, Xiaomi itself has confirmed that there will be two models:

Xiaomi 12 standard, defined as “a small-sized flagship”
Xiaomi 12 Pro, defined as “a comprehensive high-end flagship” with screen dimensions greater than the base model
Therefore, in a week and coinciding with April Fools’ Day in Spain, we will be able to see the new Xiaomi 12.

Concept design based on leaks on the OnePlus 10

Another that has confirmed a new ‘toy’ is OnePlus, which will present its flagship OnePlus 10 Pro in January 2022, which is an advance with respect to the presentation date of previous models of the brand. Again Weibo has been the social network used for the announcement of the date and the launch of the hashtag # OnePlus10Pro.

The current flagship of the brand’s mobile catalog, OnePlus 9, was presented in March of this year as the brand’s first model with a camera developed together with the professional photography brand Hasselblad. Therefore we will see the next flagship a couple of months before. The exact day is not known – nor its appearance or details – but if it is before January 7, it will coincide with the Christmas period in Spain.

How To Update Your PC To Windows 11 For Free?