Home Crypto When Will the Ripple Litigation End? The United States Could Be Harmful... 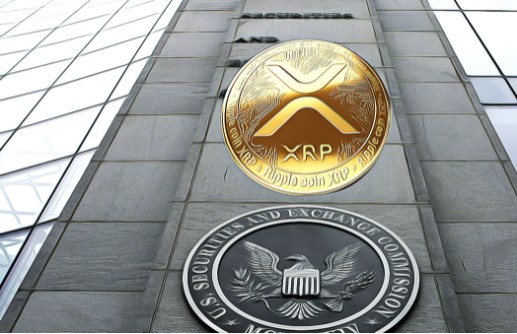 New technologies have faced obstacles throughout history. Cryptocurrencies take their share from this to a large extent. Restrictive regulations, the aggressive stance of the SEC, and more are undermining innovation. The biggest example of this is the SEC’s attitude towards Ripple. So what’s the latest on the case?

Ripple General Counsel Stuart Alderoty is the latest to share his feelings on the same issue. In a recent opinion piece, he addressed how government-funded resistance could be detrimental to the growth of crypto in the US.

Echoing the argument that the SEC’s case was “groundless” and “misguided”, Alderoty claimed that “the case was a haphazard attempt to regulate the cryptocurrency and blockchain industry as a whole.”

“Developing a regulatory framework for cryptocurrencies and digital assets will not be a simple exercise. But threatening innovators with lawsuits at every turn will have tragic consequences for the benefits and economic growth of digital assets and blockchain in America.”

When Will the Ripple Litigation End?

According to the General Counsel, Congress and regulators should work together to provide regulatory clarity to the crypto industry. He also believes that 2023 could see a country other than the US lead the digital asset revolution for the first time.

Many support this idea, including Alderoty. There are even those who think that China can undertake this task. These concerns have gained more strength recently after some American crypto companies moved elsewhere. Interestingly, Ripple also wants to remove this pressure by moving to alternative regions such as London and Singapore.

“As a proud American company, it is discouraging to see talent and businesses (and tax revenue) leave the United States because of this uncertain and unpleasant environment. Major industry players like FTX and Cryptocom are headquartered outside the US, causing the crypto brain drain, financially damaging US leadership and innovative potential.”

Ripple continues to grow and increase its earnings by making new deals. The condemnation of the SEC by the members of Congress and the decisions taken by the judge against the SEC should also be considered within this framework. Many experts expect the Ripple case to end in 2022, with the SEC’s political support now dwindling as it “suffocates innovation”.

This year, the United States will face a major test and will begin to lose its technological superiority for the first time, perhaps stifling innovation.

Meme and Metaverse Coin Analysis: These 16 Coins Are Gone!