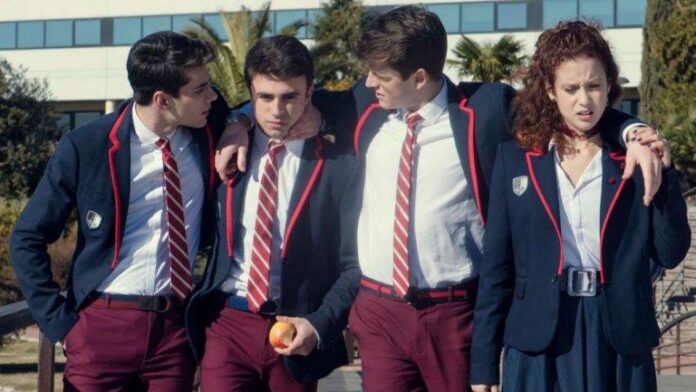 The series first debuted on Netflix on October 5, 2018 with new seasons arriving each year thereafter.

The first season of Elite was hailed at the time for surpassing 20 million views (14% of the total subscriber base at the time). Since then no audience figures have been released.

Where is the fourth season of Elite in production?

Unfortunately, tracking Elite production, in particular, is quite difficult.

Filming reportedly began in June 2020 once COVID-19 procedures were lifted in Spain, although it is claimed to have started in early August. In August 2020, it was reported that production had been closed due to positive cases on set.

As of late November 2020, filming was believed to be still ongoing due to posts by various cast members on social media. We know, thanks to a report from a nearby outlet, that the fourth and fifth seasons of the series will likely be filmed one after another.

When will the fourth season of Elite be on Netflix?

The fourth season of Elite has been confirmed to arrive on Netflix in 2021 and despite filming delays, the series still appears to be on its way to launch.

We are currently predicting that the fourth season of Elite will hit Netflix in the second or third quarter of 2021.

See Also
Elite: Netflix released photos of the end of the shoot