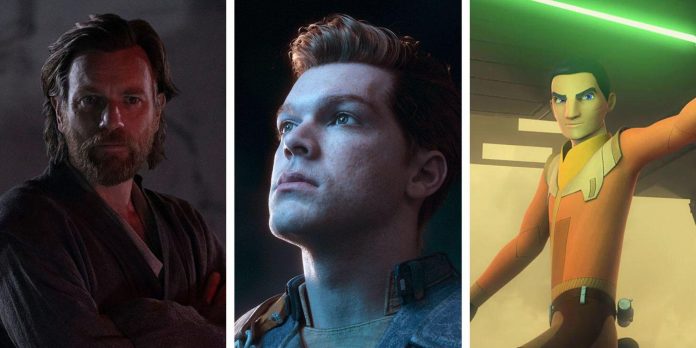 Star Wars Jedi: Survivor is one of the most anticipated games in the 2023 release schedule. Any new Star Wars property will cause a lot of excitement, but excitement has moved to a new level after the success of Star Wars Jedi: Fallen Order in 2019. The exact release date has not been confirmed, but fans will be lining up to learn more about Cal’s journey when Jedi: Survivor hits the shelves.

To the surprise of fans, the latest trailer for Star Wars Jedi: Survivor showed that there will be a time jump between the two games. Cal Kestis and his trusty BD-1 droid will return, but the fate of the rest of the Mantis crew has remained in doubt for the past years. While fans will have to wait to find out the future of Cere, Griese and Merrin, the time jump puts the game in the same period as the other two popular “Star Wars” stories, which may give gamers a hint of what the future holds for Cal. Jedi: Survivor.

Respawn has confirmed that Star Wars Jedi: Survivor takes place in 9 BBY, exactly the same year as Obi-Wan Kenobi. This year is midway between the prequels and the original Star Wars trilogy, which makes it a great place on the timeline for new stories. The empire is at its peak, the Jedi are either killed or scattered, and the future of the galaxy looks bleak.

While it is unlikely that Obi-Wan will appear in the game, it provides an important context for what is happening in the rest of the universe. Darth Vader and his inquisitors are hunting for the remaining Jedi, but seem to be focused solely on tracking down Anakin’s former teacher. This may give Cal and the Mantis team an opportunity to make a more aggressive move while the force users are busy with another threat. This also means that although Darth Vader appears in Fallen Order, there will likely be a different antagonist in Star Wars Jedi: Survivor.

However, several minor characters are prime candidates to appear in Survivor. Tala’s inside knowledge of imperial bases will provide Cal with important information as he seeks to end the Empire. Obi-Wan Kenobi also introduces fans to Roken, the leader of the rebel group known as the Way. As Obi-Wan passes through one of the Path’s hideouts, he notices a set of messages from former Jedi who worked with Roken and Tala. Cal leaving one of these messages would be a great touch in building a world in the “Star Wars” canon.

While “Star Wars: Rebels” isn’t as popular as many other “Star Wars” properties, it’s one of the best adaptations in the franchise since Disney acquired Lucasfilm a decade ago. The action of “Rebels” takes place during the same period when a group of rebels conducts small operations throughout the galaxy to fight the Empire. The group is led by former Jedi Knight Kanan Jarrus and his new Padawan Ezra Bridger.

Unlike Obi-Wan Kenobi, gamers are much more likely to encounter characters from Rebels in Jedi: Survivor. The main characters of “Rebels” are vital to their story, but rarely appear in the rest of the “Star Wars” franchise, which gives the creators of the game much more freedom. Obi-Wan Kenobi has already created many holes in the plot, and the Star Wars franchise does not intend to complicate the canon in the future.

Ezra’s whereabouts are unknown after the end of Rebels, but he would be a great character to appear in Star Wars: Jedi Survivor. One of the unexpected successes of Fallen Order has been the memories of Cal’s Jedi training, and Ezra can help Cal develop his skills as he prepares to attack the Empire. In addition, with the disappearance of Griz, the Mantis may need a new pilot, and the ace pilot Hera Sindulla from Star Wars: Rebels is one of the best in the galaxy.

Star Wars Jedi: Survivor is expected to be released in 2023 on PC, PS5 and Xbox Series X.

How Roto Force rethinks the familiar “Dash and Fire” gameplay

Barry Allen went too far in Season 8 of “The Flash”