Home Netflix When “Scooby-Doo” and “Scooby-Doo 2” head to Netflix, James Gunn Is Still... 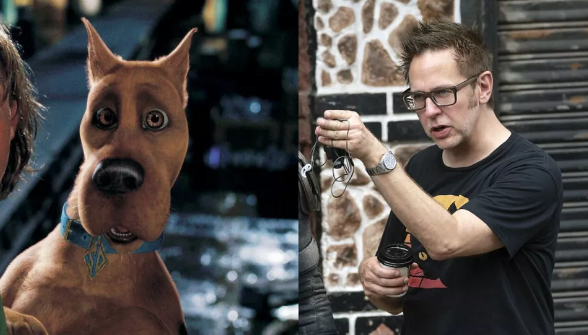 Today, James Gunn is a guy known for creating slightly unconventional and surprisingly emotional comic book films, such as Suicide Squad and Guardians of the Galaxy. The films are about Scooby-Doo, and he clearly has a complicated relationship with these films.

The two Scooby-Doo movies written by James Gunn have become something of a cult classic over the years, not least because they were written by Gunn, whose name has since become much more prominent. We know that the first movie was never the kind of movie that filmmakers really wanted to make, and perhaps that’s why Gunn is making life difficult for films on Twitter after announcing that they will appear on Netflix in October.

The original plan of a live Scooby-Doo

The original live-action Scooby-Doo was, for the most part, a movie aimed at a family audience who would have liked any of the many versions of the cartoon that inspired it. A few hints were added, but from what we’ve learned over the years, it was originally planned that the film would be something completely different. The original “Scooby-Doo” was shot for a PG-13 rating, being a movie intended for fans who grew up on the cartoon, but who have clearly grown up.

As Gunn points out in response to this original post, there has literally never been a PG-13 rated movie. Scooby-Doo was initially rated R, and after the cuts and changes that were made from that, the movie became a PG rated movie.

The changes included reducing the amount of cleavage on the screen using computer graphics and removing explicit mentions that Velma is gay. Apparently, there were Scooby-Doo test audiences who disagreed with the idea of taking a property that had a wide audience and making a movie that wasn’t intended for that wide audience.

In the end, everything worked out, somehow. The first “Scooby-Doo” was successful enough to get a sequel, although Gunn’s plan for a third film never saw the light, after the second film, “Scooby-Doo 2: Monsters on the Loose”, did not prove so well. box office. Gunn said that the money he made from the film was significant, which allowed him to buy a house, and it’s definitely worth it.

These films were also James Gunn’s first major studio projects after he started acting in films for Troma. Between these films and the place in Hollywood that he occupies today, you can draw a straight line. There probably wouldn’t be Guardians of the Galaxy, at least their version of James Gunn, without the kids from Mystery Inc. These films are important to him, even if they didn’t quite come true as he planned.

Scary Entertainment: Netflix will present these films and series in October