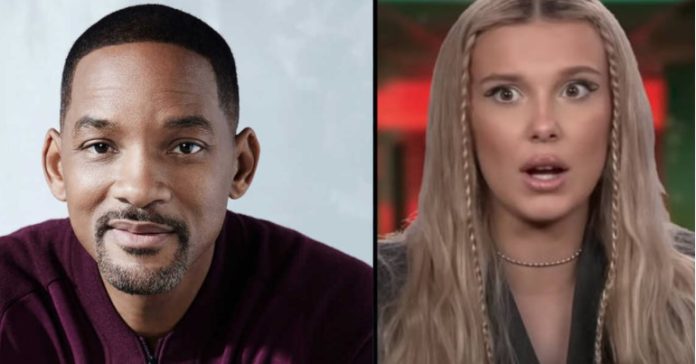 As soon as “Stranger Things” was first released in 2016, the show immediately gained a huge number of fans. People were crazy about the show and its stars. Every time a new season of the show was released, fans of the show filled their search history with trivia about the series and the stars. And that’s how they made them a trend at the top. Well, there’s something similar here. Some of the most popular stars of these shows were Millie Bobby Brown and Finn Wolfhard.

Not only then, but also today, these two are among the most popular stars among people. Surprisingly, in 2018, some of these children beat one of America’s biggest stars, Will Smith, in the race.

How and in what did Millie Bobby Brown beat Will Smith?

According to The Hollywood Reporter, Millie Bobby Brown took first place. Before that, she was in 16th place, but according to data published on February 28, 2018, Brown leads the chart. She was only 14 years old when she topped the list, leaving behind Oscar-winning celebrities such as Will Smith.

Will Smith was right behind Millie in this ranking, followed by Kevin Hart at number 3. The rest of the ranking includes Zendaya at number 4 and Dwayne Johnson at number 5. Next was another star from “Stranger Things”. It was Finn Wolfhard, who plays Mike in the show and took 6th place. Emma Watson, Dove Cameron, Michael B. Jordan and Blake Lively took 7th, 8th, 9th and 10th places respectively.

However, the latest data from MVPindex is not available at the moment. So, it’s your turn to tell us in the comments who can top the list of the best actors of 2022.

“Grow up”: Rihanna makes a clear message to fans