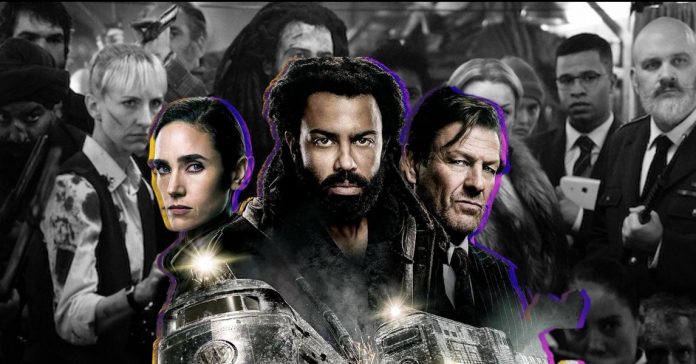 The second season of Snowpiercer premiered on Monday, January 25 on TNT and the first episode landed on Netflix worldwide (Tuesday, January 26). Viewers are curious to know more about the series, including how many episodes are in the show’s latest outing.

After just seven months of waiting, the second season of Snowpirercer has arrived to the delight of fans. As in the first season, there are 10 episodes in the new series.

The episodes will air every Monday night in the US on TNT and will be released the next day on Netflix worldwide (every Tuesday of every week for 10 consecutive weeks). TNT has released the first three episode titles and the synopsis for the second season of Snowpiercer.

The first episode will see Sean Bean make his debut as Mr. Wilford, the original owner of the Snowpiercer.

The second episode of Snowpiercer is titled Smolder to Life. The synopsis of the second installment anticipates: “There is an exchange between the two trains, but a greater revelation could be on the horizon.”

Snowpiercer is based on both the 2013 South Korean-Czech film of the same name, directed by Bong Joon-ho, and the 1982 French graphic novel Le Transperceneige by Jacques Lob, Benjamin Legrand, and Jean-Marc Rochette.

The Netflix series follows the passengers of the Snowpiercer, a giant moving train that goes around the world and has survivors seven years after the world froze. Aboard the Snowpiercer, the surviving humans struggle to coexist as they attempt to create a stable life on board.

Snowpiercer Season 2 will see the introduction of the original Snowpiercer train leader, Mr Wilford (played by Sean Bean), who was believed to be dead.