Home Celebrity When did BTS become famous? The band’s rise to fame 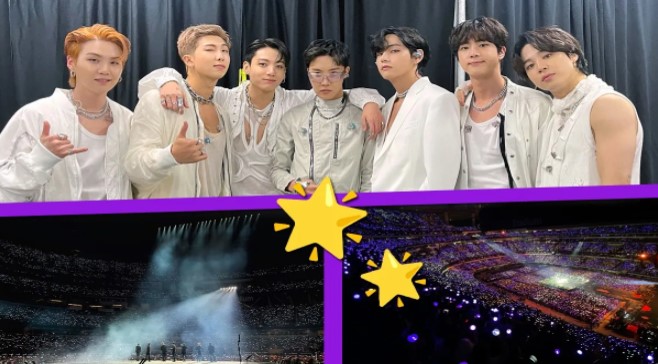 Before becoming the K-Pop band of the moment, BTS had several musical releases that made them popular with the public, we will tell you in which musical era these idols became most famous.

The world of music leads us to meet very diverse artists worldwide, but among the most popular of the moment are undoubtedly the boys from BTS, who with their songs and their personalities have conquered the charts and a great fandom that in each comeback shows its strength.

Bangtan Sonyeondan debuted under the label of a company that was very small at the time, standing out in the world of K-Pop began as a challenge, but thanks to their skills and unique style, they not only achieved that goal, but went further. stealing international attention.

Now hearing about this K-Pop band often implies popularity records, awards, massive concerts and the impact of ARMY from different countries, but how did BTS become famous?

BTS BECAME VERY FAMOUS AND POPULAR WITH THESE ALBUMS

We must emphasize that, from the beginning of their career, these boys managed to show their talent and excite the public, so little by little they added points that would lead them to achieve success, proof of this is their rookie award that they obtained after months of their debut.

However, although each comeback and musical era helped them increase their popularity, there was a season that was key to achieving the recognition they have today. BTS became more famous between 2016 and 2017, at that time they presented albums such as WINGS and WINGS: You Never Walk Alone, which reflected a drastic increase in their popularity.

This was a key moment where the members of the BigHit group showed that their worldwide fame would have increased drastically, since they were already a musical phenomenon. Their successes and records were more and more frequent and BTS was already emerging as the group of the moment.

WHY DID BTS BECOME SO FAMOUS?

The musical abilities of the members of BTS made it possible for the idols that make up the K-Pop group to become so popular, in each comeback we saw them present new and attractive concepts, but another important point that led them to this level of fame is the power of his fandom.

ARMY has increased in numbers in an amazing way, but it was the same fandom that was responsible for leading BTS to gain a great presence on social networks, on the charts and thus the boys’ music reached more and more people.

In other BTS news, we tell you that these idols and the TXT boys received new recognition for their success on TikTok, find out what it is about.