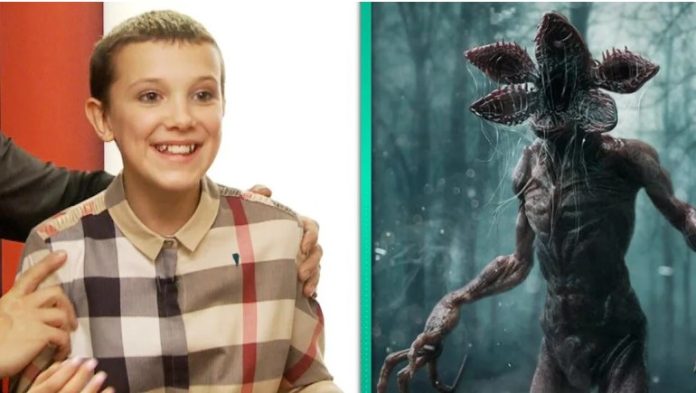 The fever of “Stranger Things” is not leaving us anytime soon! While we’re patiently waiting for his fifth and final installment to take its final audiovisual form, returns and interviews with the cast, among other things, are what transports fans back and forth to the creepy world of Upside-Down. From the first season, when Millie Bobby Brown overcame her fear, to the present day, when the scariest monster in the world, Vecna, vowed to destroy the world. The last 6 years with the show have really been an adventurous rollercoaster ride.

And while you’re counting every tick of the clock until you’re sent back to the chaos of the 80s crushing monsters, we want to invite you to a return date to “Stranger Things 1”. Remember those days when Mike and his gang were still in elementary school, and the psionic Eleven MBB was still figuring out what her dad, aka Dr. Brenner, had done to her? Well, it was the time when the current Hellfire Club first came face to face with the predatory humanoid creature Demogorgon from a dark parallel universe.

And although many, including the actors of the older generation of the fantasy series, may have seen it for the first time. The character’s graduate Enola Holmes wasn’t even one percent scary!

Apparently, shortly before the release of the very first part of the flagship Netflix show, Brown and David Harbour spoke with ET Online. In an interview, the then 12-year-old star boasted that nothing in this world scares her. Maybe ghosts and stuff, but monsters? Never. However, her older colleague in the film, Policeman Hopper (David Harbour), was scared when he first saw this creature.

“This horribly disfigured creature with long, otherworldly limbs and a face does things you don’t want, you never want any face to do, right?” the actor said, explaining how scared he was.

On the other hand, young Millie Bobby Brown found such abnormal creatures amazing and mysterious. Perhaps it was her evergreen childlike quality that helped her avatar detective succeed in solving her very first case.

Which monsters from “Stranger Things” scared you the most? Comment on your most intimate secrets below. (don’t worry, it’s confidential! Vecna will not pursue you.)