Home World WhatsApp: seven important news that will arrive in 2021 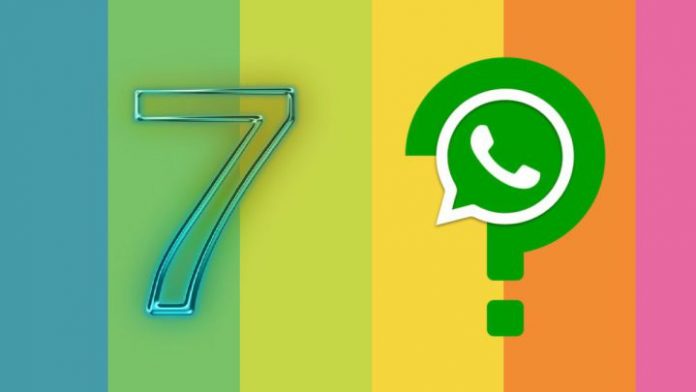 WhatsApp: Having an updated application is an essential condition today. And if your service is called WhatsApp, then it is pure obligation because although you are the favorite, there are many others who keep trying to take that position away from you -Telegram, Signal, Messenger. Facebook knows this, and is constantly looking for a way to have its flagship application always aware of what users demand.

There are literally dozens of news, new functions and tools that are in preparation, development and testing for WhatsApp, and we are going to review 7 of them that are yet to come or in the coming months or between 2021 and 2022. Although also, as has happened other times, these news may not pass the test phase and will never be implemented in the final version of WhatsApp:

One of the most useful for many users, the WhatsApp Archive Chat function allows you to hide a conversation from the Chats tab and access it again whenever you want, allowing the app to organize the conversations with your contacts however you want . A gentle way to ignore someone without having to get to the point of lockdown for sure.

The problem was that when you received a new message in that particular chat that you had archived, the conversation left the archive and returned to the list of active chats, so if you wanted to remove it from this you had to archive it again. And so on constantly.

The new Vacation mode comes to replace this, since once activated in Options -it is removed by default-, the ‘Vacation Mode’ prevents a chat that we have archived from going out again if it receives a new message, keeping that conversation in the archive without leaving until the user decides. Vacation mode, which is based on Silent mode, also works for WhatsApp groups – what a blessing.

Of course, we have literally been speaking this way for years and waiting for it. But it seems that it will continue even longer ‘in development’ and tested in the WhatsApp Beta environment. Will it be made to beg as much as Dark Mode? Or can we use it sometime in 2021?

Transfer chats from Android to iPhone and vice versa

So far, if you want to transfer your conversation history from an iPhone to an Android mobile and vice versa, you must choose to use Third Party applications, since WhatsApp itself did not allow it. These types of actions with third-party apps involve an extra process outside of WhatsApp and, in addition, violate the Terms of Service of the app.

The terms of the WhatsApp app state that it “does not endorse the use of these third-party applications because it is not possible to validate their security practices,” so its use could lead to the temporary suspension of an account. The novelty that Facebook is going to implement is responsible for solving this problem.

As the WABetaInfo experts have discovered – and they have shown us in a screenshot – WhatsApp users will be able to transfer the chat history from their iOS mobile phones to other Android phones and vice versa.

As we see in the image, WhatsApp will show you a screen that indicates “Move chats to Android”, and of course you will have to update both devices to the latest version of WhatsApp in order to transfer the data. At the moment it is a function that is under development, although it seems clear that WhatsApp wants to activate it soon.

So far, as a WhatsApp user, you only have the option of playing voice messages received from other contacts at normal speed. But that’s over, because the experts at WABetaInfo discovered a new option that allows you to change the playback speed, making it faster or slower depending on the user’s choice.

This function is currently under development and will appear “in future beta versions of the WhatsApp application for Android and IOS mobiles,” as WABetaInfo points out. So for now, even if you have WhatsApp Beta, you will not be able to test it, since it is under development, but it is not expected to take long to arrive.