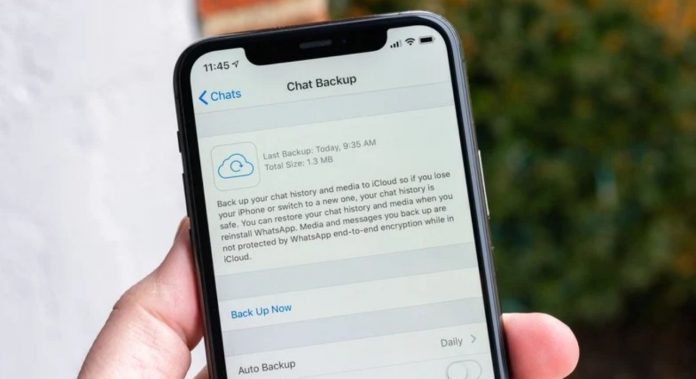 WhatsApp Users can also share media such as audio, video, document or photo via WhatsApp. So how to restore lost or not backed up messages on iOS devices?

WhatsApp is undoubtedly one of the most preferred social networks in the world. The continuous updating of itself, both as a voice, video and messaging application, also satisfies its users. Users can also share media such as audio, video, document or photo via WhatsApp. So how to undelete WhatsApp messages that are not backed up on iOS devices?

WhatsApp introduced its web version to its users a few years ago. The web version, which was especially pleased by people used for business, was met with great interest. However, the story sharing feature was also one of the updates that attracted attention by users.

Thanks to the WhatsApp chat backup, you can get your old messages even when your phone changes. However, in order to recover old messages, you need to be able to backup your chat regularly. Messages and chat content are not always backed up. How to recover messages that were not backed up was also one of the most curious questions by users.

How to restore messages that are not backed up on iOS

If you are using a smartphone with an iOS operating system, it is possible to say that the security is at a higher level. For this, the security you experience with the phone content also applies to WhatsApp conversations.

In particular, automatic backup of WhatsApp is not allowed on iOS devices. The same issue applies to the WhatsApp update. To avoid this situation, you should manually update both your WhatsApp chat backups and the application.

Due to system limitations, it is not possible to restore messages that are not backed up on devices with iOS operating system. The iOS processor does not restore the recipe after the last backup you made.

The difference between the iOS operating system and Android is that the backup and update is done by you. For this, you should regularly backup your chat on your iOS device.

After downloading the WhatsApp application to your device again, you must allow the last backup operation to be approved again. Since it will not automatically back up on iOS, those chats will be loaded again when you backed up on the last date. In any case, you should update and backup chat on your iOS device regularly to avoid being a victim.

Volkswagen Has Made Its Decision For Vehicle Production!