WhatsApp: After making available earlier this month the ability to transfer chat history from iOS devices to Android, WhatsApp is working on a reverse option, namely, migrating chat history from Android to iOS. Released after a new update of the Google Play Beta Program, in version 2.21.19.1, the new feature is not yet available to testers, but was revealed by the WABetaInfo website on Tuesday (7).

The news responds to a demand from iPhone users, who asked for the release of the “Move to iOS” feature. Although the procedure is not yet known, WABetaInfo indicates that “a cable will likely be needed” to complete the process, as is done in the case of data transfer from iOS to Android.

When it started to release the transfer between the two operating systems, WhatsApp explained that, so that data migration can be done without breaking the message encryption, it is necessary to work together with cell phone manufacturers so that the tools can operate in the lowest code in the system.

The idea is that, when made available in upcoming beta updates, the feature can be available to all Android manufacturers, and not just restricted to some devices from Samsgung, as happened with the initial option. 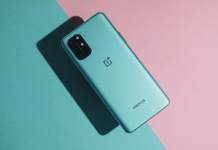