Home Tech WhatsApp: how to change the speed of playing audios; now available in... 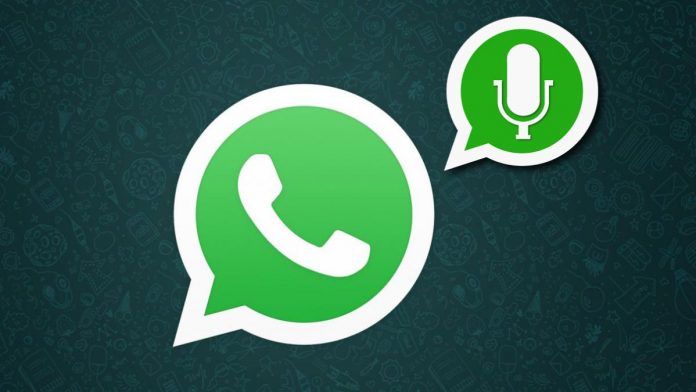 WhatsApp: At first something that we saw strange, that of sending a voice note on WhatsApp seemed absurd, since writing a message was faster and easier. But no, over time we saw that it was not, and also that the usefulness of this function is enormous, since it avoids us having to write with two hands if we are busy, we go down the street or we cannot.

Change the speed of the audio playback

So far, as a WhatsApp user, you only have the option of playing voice messages received from other contacts at normal speed. But that’s over, because the application already has a new option that allows you to change the playback speed, making it faster or slower as the user chooses. ??

The new tool allows you to switch and play at normal speed, 50% faster or twice the speed, and is now available for testers of the latest beta version of the app. The new function appears on the interface in the form of a number located to the right or left of the timeline of the audio message -which depends on whether you are the one who sends or receives the audio-, according to the experts at WABetaInfo. .?

– If you send the message as is and give it to play, the number ‘1.0X’ will appear, which indicates normal speed.

– If you press again, the number ‘2.0X’ will appear, and the voice memo will be played at twice its normal speed

? The following voice memos will continue to play based on the last speed the user dialed. ?? This tool is available for users of WhatsApp Beta Android version in version 2.21.9.4, and at the moment it has not reached the standard version of the application.

Becoming a beta tester or WhatsApp tester is simple: you just have to enter the Google Play store to find the trial version (or directly at this link). WhatsApp Beta is the testing ground of the app in which all the functions and news that are to come are tested, and therefore we must be careful because since they are Beta versions, they contain errors, bugs and failures that must be outlined before they are officially available for the standard version of the app.

Therefore there are some risks in terms of bugs and that they are unstable versions, but in return the tests before those that only have the normal WhatsApp. The best thing is that the process is reversible, and if you do not want to continue using WhatsApp Beta, simply uninstall it, access the Play Store and install the standard WhatsApp app. That easy.