Home Tech WhatsApp Down? The Five Alternatives If You Have Run Out Of Service 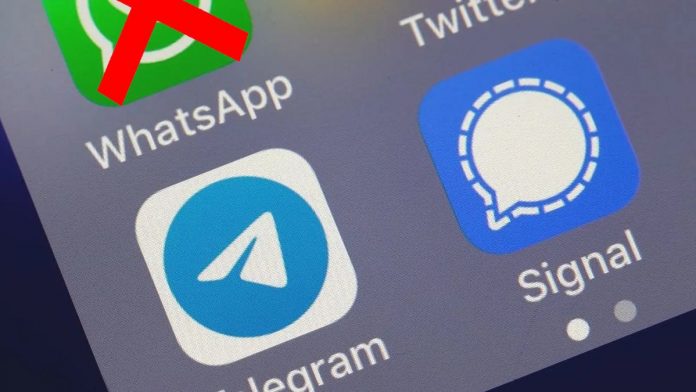 WhatsApp: Despite having been at the center of controversy in the last two years, WhatsApp is still the world’s favorite messaging application, and its more than 2.5 billion users per month testify to this, making it the most popular – although not the most complete. of course. But what happens when WhatsApp goes down? Where do we go other than Twitter to complain? Well, for lack of alternatives in the market it is not, because there are quite a few.

In fact, we are going to give you five, starting with the one that has been trying to unseat it for years:

It is safer, more reliable, with a more efficient service and the fastest on the market. Clearly Telegram is better than WhatsApp as a messaging app, and in fact it is the only rivals that has remained and continues to stand out in second position. So why is WhatsApp still the most used app?

Simply because users have gotten used to it, but when something like today happens and WhatsApp crashes, then everyone goes quickly to Google Play and the App Store to download Telegram to continue talking with their contacts. And if you don’t believe us and you already have Telegram installed, try to see in the main interface how many new contacts from your mobile phone book have just made a Telegram account.

One of those that benefited at the beginning of this year from the massive exodus of WhatsApp users, Signal was founded in 2013 and has about 10 million users per month, a number that may seem pyrrhic next to the 2.5 billion of WhatsApp, but that it is an instant messaging application supported by Brian Acton -co-founder of WhatsApp-, and that it is based on an open code, so that anyone can check how it works, unlike WhatsApp, which although it is based on the same -Open Whisper Systems- protocol, it is not open source.

The use of Signal is being recommended for communications between EU staff and people who do not work within the European Commission, so the EU makes it clear that it does not support other messaging applications such as Telegram or the iMessage of iOS and Apple.