WhatsApp has been working to bring end-to-end encryption to cloud backups for some time now. The latest beta version of the messenger for Android brings new information on how the mechanism will work, still without a release date, as shown by WABetaInfo this Tuesday (8).

According to the publication, the messaging app will give the user a chance to view the hexadecimal encryption key used to protect their backup files, allowing them to annotate it. With the feature, which already protects messages, making them visible only to those involved in the conversation, the risk of unauthorized access to information and media is reduced.

As the screenshot taken by the specialized website shows (see below), the key that will protect the backup from third-party access will have a large amount of characters. The access code will consist of numeric digits and lowercase letters between “a” and “f”, according to the reminder displayed by WhatsApp itself.

The message also serves to indicate to the user that he should avoid typing the letter “O” in place of the digit “0”, a very common confusion when providing the code for accessing files. The novelty appeared in version 2.21.11.5 of WhatsApp beta for Android, which is the most recent released.

With the future arrival of end-to-end encryption for WhatsApp backups, files stored on Google Drive and iCloud will have an extra layer of protection thanks to the hexadecimal key. The password will be viewed exclusively by the user and will not be shared with the messenger or Facebook, Google or Apple.

There is still no set date when the new thing will be released in the stable version of the app. Remembering that in addition to Google’s operating system, it should also be available in the messenger app for iOS. 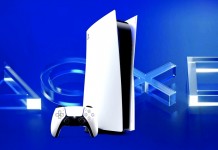