Home News WhatsApp app has been removed from Microsoft Store 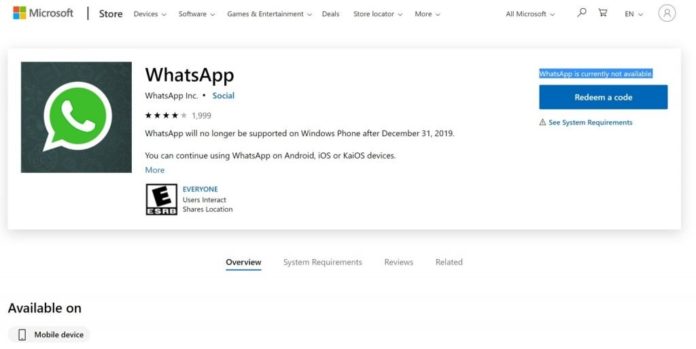 The popular messaging application WhatsApp says goodbye to the Windows Mobile platform. The application that was removed from the Microsoft Store store will not work on Windows phones as of January 14th.

Windows 10 Mobile’s support will expire on January 14, 2020. The popular messaging app WhatsApp also launched the process of saying goodbye to the platform.

Last year, the company announced that WhatsApp support for Windows Phone and Windows Mobile will end as of December 31, 2019. Now the WhatsApp app has been removed from the Microsoft Store.

Older versions of Android and iOS will also not be supported
Users with WhatsApp installed on their devices will be able to use the app for a few more days. However, the popular messaging application will not work on Windows phones after January 14th.