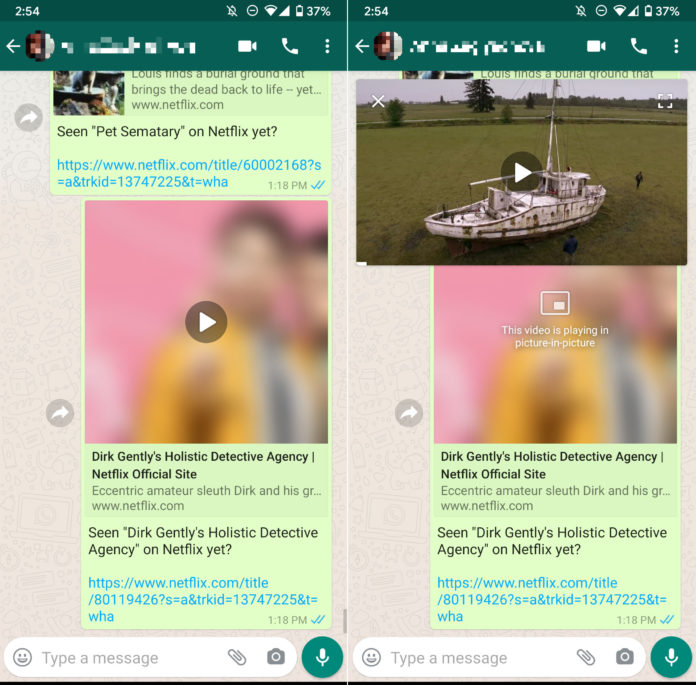 WhatsApp developers have updated the Android version of the world’s most popular instant messaging app. The update offered to users brings a feature that was launched on the iOS platform months ago, allowing Netflix content to be watched directly from WhatsApp.

WhatsApp, the most popular instant messaging application in the world, continues to be popular with the innovations it offers to its users. Also, the popularity of WhatsApp increases the number of requested features. The developer team, which now updates the Android version of the application, has officially introduced a feature that we mentioned to you months ago.

In fact, this new feature introduced by WhatsApp developers first appeared in November last year, the developer team made this new feature available on the iOS platform. This feature, which will be useful for many consumers, enables Netflix content on WhatsApp to be opened directly from the application. In this way, users do not need any guidance in Netflix videos, just like YouTube videos.

The new feature of WhatsApp looks like this
This feature, which is used by the WhatsApp developer team on the Android platform, is the type that will make the work of the consumers easier. Because Netflix subscribers will now be able to watch those videos directly from within the app if they send Netflix content from WhatsApp to any other smartphone smartphone no matter where they are.

The new version offered by WhatsApp developers for the Android platform has the code “2.20.123” and is available to users. So, if you also update the WhatsApp application through the Google Play Store, you will have the opportunity to use the new version of the application. As we mentioned at the beginning of our news, this feature of WhatsApp has been available for a while on the iOS platform.

See Also
The random Netflix feature may come this year