Home News What’s This Hashmasks Frenzy? Here are the details 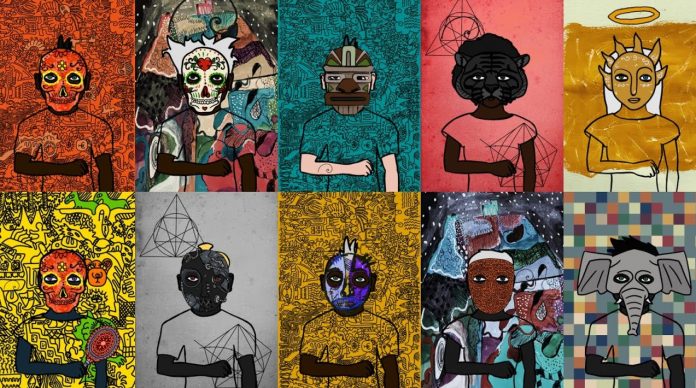 NFT trading, which is increasingly shining in the crypto money industry, is facing a new trend: Hashmasks. Selling out immediately after launch, this digital art collection has become the most popular NFT on the Ethereum network. An investor made a big profit in 3 days by selling a Hashmask NFT that he bought from 0.1 ETH at 100 Ether. The most expensive Hashmask portrait ever sold has found buyers at 420 ETH. What are Hashmasks and what makes it so popular; What does a Name Changing Token (NCT) do?

The entire Hashmasks collection sold out in less than a week. The cheapest items in the collection were sold for 0.1 ETH, while the most expensive pieces found buyers at over 400 Ether. Here’s what you need to know about Hashmasks, the latest trend in the cryptocurrency world!

Hashmasks, one of the most talked about projects in the NFT industry, is a “live” digital art collection created by more than 70 artists around the world. This collection, which consists of 16 thousand 384 digital portraits without a copy, was prepared by Switzerland-based Suum Cuique Labs.

Before investors buy an item from the collection, they do not know which work they actually bought. Although 16 thousand 384 pieces of the collection are predetermined, buyers can only see Hashmask after they make the purchase. Hashmasks are designed to take its rarity from different factors such as eye and skin color.

Hashmasks, which breathes new life into the field of crypto art and is increasingly popular, has a value hierarchy determined by the creator and buyer of the artworks. The biggest difference of Hashmasks from other NFTs is that the investor is free to name the work. This naming power makes the uniqueness of the digital work more evident.

For Hashmasks, each name registered on the blockchain can only belong to one NFT. This naming process is provided by the Name Changing Token (NCT) released by the project. Name Changing Token (NCT) is Hashmasks artworks’ own cryptocurrency. The sole purpose of NCT is to allow the owner to name the Hashmask purchased by its owner, which is permanently registered in the Ethereum network.

The NCT token supports the entire Hashmasks ecosystem, and buyers can be eligible to choose a name for the Hashmask portrait for about 1,830 NCT tokens.

Became the # 1 NFT on the Ethereum network

According to DappRadar data, the collection sold about $ 9 million just 4 days after it was launched on January 27, 2021. As of February 1, Ethereum-based Hashmasks NFTs became the number one NFT among all platforms on DappRadar. During this time, Hashmaks entered the top 5 among ETH based decentralized applications (dApp).

Looking at the Etherscan data, more than 10 thousand transactions were carried out in the Hashmasks contract within 2 days after the launch. The project has earned over $ 16 million as of February 4.

An investor who took advantage of the hashmaks trend, as it was launched, was able to make thousands of dollars in profits in 3 days. According to the information obtained from the Ethereum Futures Fund Index NFTX team, the investor, who bought an artwork from a Hashmasks collection for $ 130, sold this NFT for about 100 ETH, equivalent to $ 150,000. With the NFT called “Trump” by the investor, he has doubled his money hundreds of times in just 3 days.

One of the most expensive Hashmasks ever sold: 650 thousand dollars

One of the most expensive Hashmask portraits ever sold was an NFT striking for its chaotic nature. The buyer of the painting, a Twitter user named DANNY (@seedphrase), stated that he paid 420 ETH for NFT with his statement. The value of this Hashmask at the time of purchase was approximately 650 thousand dollars.

The buyer named Danny told CoinDesk that he found the portrait unique and evoked a mystical air for him. He stated that Danny Hashmasks was not only aesthetically pleasing to the eye, but was also influenced by the naming policy that gave freedom to its buyer. Danny stated that although the NFT industry has developed, it has not yet become mainstream, so he is happy to be an early-stage investor.

“It is incredibly encouraging to know that I am an early investor while providing liquidity to artists and projects.”