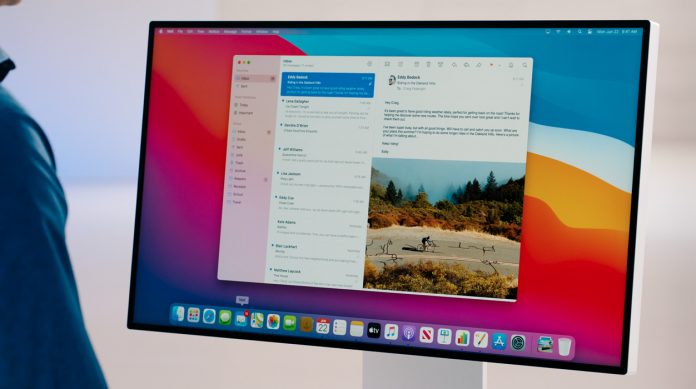 Apple released its latest update for macOS Big Sur over the week, with improved Bluetooth reliability and a host of bug fixes. Later, the first beta version of macOS Big Sur 11.3 was released, which will bring more improvements to Safari, Reminders, Apple Music, Apple News and other applications. This update will also improve the experience of running iPhone and iPad apps on M1 Macs. Although it may seem strange to use iOS apps on a Mac computer without a touchscreen, Apple continues to develop this possibility.

iPadOS apps will now appear larger than before, if the screen size allows. Beta testers will find a new preference pane for iPhone and iPad apps that allows them to better customize “touch alternatives” keyboard commands. Touch alternatives allow for keyboard alternatives for “touch, swipe and drag gestures. It activates multi-finger gestures using the soft key and trackpad.

Big Sur 11.3 makes the start page of Safari more customizable, allowing you to rearrange different sections (Favorites, Reading List, Siri Suggestions, etc.) according to your own taste. Developers will gain the ability to create extensions that run on the new tab page, and will also be able to leverage a new web speech API to integrate speech recognition in web pages.

As for the reminders application; You can sort your reminders by title, deadline, priority or creation date. And with this update, Apple will allow easy printing of reminders for those who think a hard copy would be useful when going to the store or completing other tasks.

Apple Music includes minor tweaks like shortcuts to your personalized “For You” playlists and mixes. Live and upcoming special events will also be highlighted in the For You tab. The Apple News app is gaining some design improvements in the Apple News Plus tab to make it easier to access (and download) magazines and newspapers.

And like the soon-anticipated iOS 14.5 update, macOS Big Sur 11.3 will add support for the latest Xbox and PlayStation DualSense controllers. The same compatibility is coming to Apple’s mobile devices as part of iOS 14.5.

Xiaomi Mi 11 got full marks for its screen performance