Home News What’s new on Netflix in the United States for today and the... 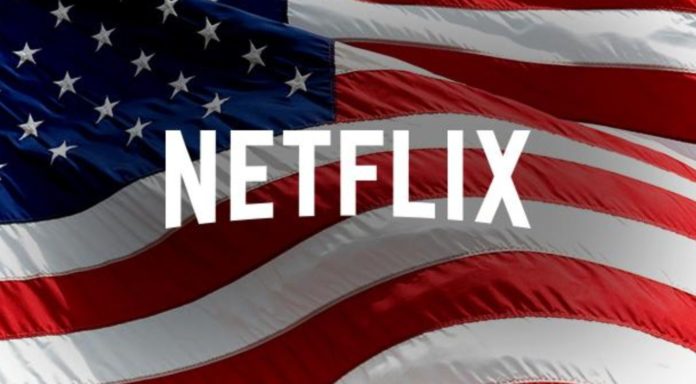 Netflix has announced new content on its service for the United States, among which there are some movies and some series.

NEW TO NETFLIX:
Klaus
Earthquake Bird
The Toys That Made Us@charli_xcx's I'm With The Band: Nasty Cherry

And if you want more recommendations, check this thread out: https://t.co/XyMT94Awve pic.twitter.com/8zgA9mWwyO

Among them are Klaus, Earthquake Bird, The Toys That Made Us. And to release this Sunday they announced the third season of The Crown and a chapter of A new Patriot Act, played by Hasan Minhaj.

Klaus is a 2019 animated Christmas comedy movie written and directed by Sergio Pablos in his directorial debut, produced by SPA Studios with the support of Aniventure and distributed by Netflix as his first original animated film.

Co-written by Zach Lewis and Jim Mahoney, the film stars Jason Schwartzman, J. K. Simmons, Rashida Jones and Joan Cusack. Serving as a story of fictional origin for the myth of Santa Claus, the plot revolves around a postman stationed in a northern city that befriends a lonely toy maker (Klaus).

For its part, Earthquake Bird is a 2019 mystery film written and directed by Wash Westmoreland based on the novel of the same name by Susanna Jones. It stars Alicia Vikander, Riley Keough, Naoki Kobayashi and Jack Huston. It had its world premiere at the BFI London Film Festival on October 10, 2019. It was released on November 1, 2019, until its kanzamiendo today on Netflix.

The Toys That Made Us is an American documentary television series created by Brian Volk-Weiss. The first four episodes of the series began airing on Netflix on December 22, 2017 and the next four were released on May 25, 2018.

The eight episode documentary series, as originally promoted, focuses on the history of important toy lines. The first four episodes focus on Star Wars, He-Man, Barbie and G.I. Joe toy lines with subsequent episodes with LEGO, Transformers, Hello Kitty and Star Trek, which aired on May 25, 2018. On July 19, 2018, it was announced at San Diego Comic-Con that the show had been chosen for a third season, with episodes with Power Rangers, Wrestling, My Little Pony and Teenage Mutant Ninja Turtles, and was released to Netflix today November 15, 2019.

The Crown is a British and American television series, created and written by Peter Morgan and produced by Left Bank Pictures and Sony Pictures Television for Netflix. This is a biography of Queen Elizabeth II of the United Kingdom, told from her wedding with Philip of Edinburgh.

The third meeting between the delegations of Russia and Ukraine ended