Home Entertainment Whatever happened to Britney Spears’ ex-husband after ruining her wedding? 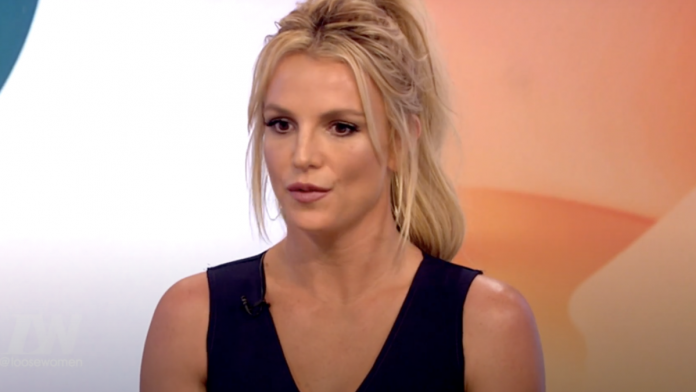 Probably the last thing anyone expected when Britney Spears was preparing for her June wedding to her longtime boyfriend Sam Asgari was a cameo appearance by Jason Alexander. The singer’s childhood friend (and husband for the entire 55 hours in 2004) tried to disrupt Spears and Asgari’s wedding, but was eventually detained by the event’s security service before the police arrived to take him into custody. So what happened to Alexander?

Britney Spears’ ex-husband was ordered to remain in jail on criminal charges after he entered the former pop singer’s house uninvited on June 9 after a security guard testified that Jason Alexander tried to open her bedroom door, which was locked. On August 11, Alexander agreed to a plea deal, Rolling Stone reported, citing a refusal to contest aggravated assault and battery, while charges of harassment and petty vandalism were dropped.

Judge Gilbert Romero sentenced the Louisiana native to 128 days in county jail, which was reduced to 64 days— the amount of time he had already served—for “good behavior.” Britney Spears has already received a three-year restraining order against her first ex-husband after the June incident.

Despite the understandable shock of the unexpected drama, Britney Spears and Sam Asgari continued to enjoy a fabulous wedding with a horse-drawn carriage and dancing in the night with a star-studded guest list, which included Paris Hilton, Selena Gomez, Drew Barrymore. and Madonna.

Paris Hilton was delighted with her longtime friend’s big day, calling Britney Spears an “angel” and a “Disney princess.” Fortunately, the drama leading up to the ceremony didn’t affect the bride too much, as Hilton said Spears had a “sparkle in her eyes” as she walked down the aisle to finally marry Sam Asgari, whom she met in 2016.

However, after the party subsided, Britney Spears took action, firing all the staff involved in the security breach of Jason Alexander. It was an extreme reaction, of course, but understandable, since her ex-husband of 55 hours was reportedly seen wandering around the outskirts of Spears and Asgari’s property several times in the days leading up to the ceremony, including the day before. .

Jason Alexander documented his actions on the wedding day on Instagram Live, and he still managed to get to the second floor of his ex-wife’s house, where she was preparing to walk down the aisle. This is a very scary incident, especially considering everything Spears has already experienced during her traumatic 13-year guardianship.

Unfortunately for the singer “Toxic”, Jason Alexander is not the only ex—husband of Britney Spears, with whom there have been problems lately. Kevin Federline took part in a high-profile interview about the mother of his children, as a result of which the couple exchanged barbs on social networks. Their accusations mostly concerned the sons of Sean Preston and Jayden James, before Spears and Federline apparently reversed course and deleted the messages. Hopefully Britney Spears will find a way to overcome all the drama with her ex-husbands so that she can continue to enjoy her marriage and her freedom after conservation.

After the slap, Chris Rock gains followers, and Will Smith continues...