Home Entertainment What Yu Suzuki learned at the Shenmue 3 reception 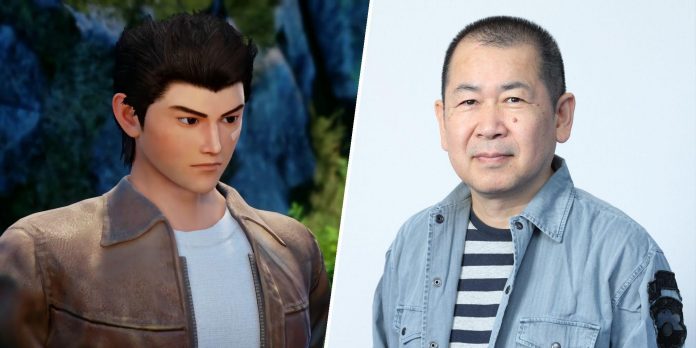 Yu Suzuki is one of the most influential video game developers of all time. Throughout the eighties and early nineties, Suzuki created countless arcade classics, while his Virtua Fighter series helped to shape and define the 3D fighting game genre for years to come. These days, though, he’s perhaps best known for his work on the Shenmue series: a 16-chapter martial arts epic that helped to lay much of the groundwork for future open-world games.

Despite all of their innovative ideas and cutting-edge features, however, Shenmue and its sequel failed to make a profit, largely due to their record-breaking development costs and the limited install base of the Sega Dreamcast. As a result, fans would have to wait almost two full decades for a third Shenmue game to finally arrive. It’s now been almost three years since it did, which has given Suzuki plenty of time to reflect on Shenmue 3 and the mixed reception that it received.

To say that Shenmue 3 was a little disappointing would perhaps be a bit of an understatement. A lot of new players complained that the game felt slow and dated, while many returning fans bemoaned the shallow storytelling, a lack of narrative progression, and the game’s ill-conceived stamina system. Though an ever-changing budget and a desire to appease those who contributed toward the game’s hugely successful Kickstarter campaign led to a lot of these shortcomings, Suzuki and his team still plan to take all of this feedback onboard.

“After we released Shenmue 3, we received comments and feedback from many different people,” explains Suzuki, who goes on to reveal that he and his team have compiled a database of sorts using all the feedback gathered from both new and returning players. “I think that the voices of users, fans, and first-time players, as well as our own reflections, will be the next step for the new game,” he says.

“Most Shenmue fans have given us positive feedback, saying that the game is very typical of Shenmue.”

When asked to elaborate further, Suzuki reveals that most of the negative feedback that the team has received came from people who were new to the franchise, some of whom found the game confusing and tiring to play. “If there’s an opportunity to make another game, I would like to approach it in that way: preserving the good qualities of Shenmue, but also mak[ing] it enjoyable for casual players. Next time, I want to make a game that both fans and casual players can enjoy.”

This isn’t the first time that Suzuki has spoken about wanting future Shenmue games to appeal to a broader audience, though he’s never really given any examples of how exactly that might work until now. “The user interface needs to be more intuitive as it is a bit confusing and there are many parts where you have to think for yourself,” says Suzuki, before going on to compare the Shenmue series to some of the more modern open-world games.

“Today’s open-world games have quest markers and so the story is very easy to follow as long as you keep moving forward, but players don’t always get to enjoy solving the puzzles by themselves. I think it would be better to make Shenmue more comfortable for people to think and solve puzzles on their own. If the game was solved without thinking, it wouldn’t be Shenmue.”

“The original Shenmue had a lot of parts where you had to figure things out on your own, like who you needed to talk to in order to solve certain quests.”

Of course, being able to recognize a problem and knowing how to solve it are two very different things. Suzuki’s extensive experience creating video games should certainly help in both areas, though some of the solutions may well lie with other popular franchises instead. In the past, Suzuki has revealed that he doesn’t often play video games recreationally but that’s not to say that he doesn’t still check out the competition from time to time as a form of market research.

“I need to learn what the latest trends are in video games. I make reference, so if there is a good system, like the way the UI is displayed – if it is better, more comfortable, or easier for the player – I might want to use it for reference,” he explains, before giving an example of how the commands for a lot of modern fighting games are now much “gentler” than those found in his groundbreaking Virtua Fighter franchise. These things, says Suzuki, are just a sign of the times.

The Future of Shenmue Remains Uncertain

As for what’s next for his YS NET studio, Suzuki and his team plan to continue updating their recently released Apple Arcade title Air Twister, with several things still listed as coming soon within the game’s menus. That’s not to say that there aren’t still other projects going on at YS NET though, with the studio having expanded to occupy another floor of its Tokyo-based office building at some point over the past 18 months. In fact, some fans believe that a fourth Shenmue game may already be in active development thanks to the social media activity of publisher 110 Industries.

When asked directly whether YS NET and 110 Industries were working together on a new game, Suzuki opted to deflect, answering the question with “I think the rumors are just rumors” rather than a simple yes or no answer. When pressed a little harder on the matter, he eventually agreed that it wasn’t normal for a publisher to make public remarks about a game that they have no connection with before ending the conversation with a no comment.

Whether a new Shenmue game is currently in development remains to be seen, but one thing does seem certain. Yu Suzuki and his team have clearly given a lot of thought as to how they can refine the Shenmue experience so that it appeals to a wider audience without diluting the investigative elements and puzzle-solving mechanics that led to so many people falling in love with the franchise when it first debuted. For that reason alone, fans of the series have reason to be optimistic.

Shenmue 3 is available now on PlayStation 4 and PC.

Shenmue Resurfaces In The Trailer For His New Anime Series