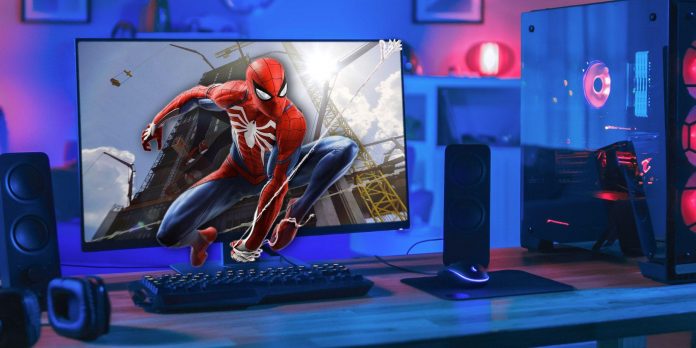 A contender for the title of “Game of the Year” 2018, one of the best Marvel video games ever created and one of the best works by Insomniac Games, Marvel’s “Spider-Man” is finally coming to PC, marking the first departure of the series from the PlayStation family. consoles. Announced by Sony during the June State of Play event, Marvel’s Spider-Man Remastered will be released on PC on August 12, 2022 in just over a month. For those who have already played Spider-Man, this is a great opportunity to return for the second, third or even fourth time, as well as for those who have not had the opportunity to experience what is perhaps the best in Web-Head. video games, there’s almost no excuse not to do it.

First released on PlayStation 4 in 2018, Marvel’s Spider-Man has changed a bit since hitting store shelves. While the main story mode and gameplay remained the same as on the first day, there were a few small visual effects changes, as well as some DLC additions that extend the Spider’s story by several hours. In addition, the PC version boasts even greater visual accuracy and performance than its PlayStation 5 counterpart, which makes this version potentially the best available.

For those who haven’t played Marvel’s Spider-Man yet, it’s recommended to get a general idea of the gameplay and plot before diving headfirst. Over the course of Peter Parker’s eight-year career as Spider-Man, in the game, a slightly older Peter tries to cope with all the usual things of a Spider: relationships, supervillains, great power, responsibility, etc.

In the general game cycle, the player puts on a Spider mask and rides around beautifully decorated New York. During free movement, players will encounter random crimes that they will need to stop, find hidden Kingpin bases that they will need to infiltrate, and help New Yorkers with their daily superhero needs. As in the beloved PS2 title Spider-Man 2, after completing several side missions, the story moves at an almost perfect pace.

On paper, Marvel’s Spider-Man is a typical third—person superhero adventure, but its mechanics take it far away from the realm of mediocrity. First-class character animation and excellent feedback from the controller make the web in the Spider-Man game has never been so pleasant. In addition, since Insomniac pays special attention to the Spider’s agility during combat, the fights in the game stand out from the crowd, distancing themselves from the Batman: Arkham free flow system.

Marvel’s Spider-Man for PC is not just a port of the 2018 original for PS4, but an updated version of the game released exclusively for PlayStation 5. At the time, it seemed a little strange to “remaster” a game that was released only a few years ago, but the final product is more than worth the time and effort spent on it.

In addition to Marvel’s Spider-Man star campaign, which lasts about 30 hours, the updated version of the game also includes three story DLC, which came out a year after the release of Spider-Man. The action of these three plot additions, packaged under the banner “The City that Never Sleeps”, takes place about a month or two after the Spider-Man story mode comes to an end. While each one only lasts a few hours, these DLCs add some fan-favorite characters like Black Cat and Hammerhead, and give fans even more top-notch Spidey content to chew on.

Marvel’s Spider-Man Remastered included a number of graphics and performance options that players could customize. In terms of performance, players could switch between Fidelity mode, Performance mode, and then, a few months after release, Performance RT (ray tracing) mode, which gave players the best of both worlds. With the game running on new hardware, Insomniac was able to really push the technical boundaries of the game and ultimately delivered an incredibly smooth, visually stunning experience that is easily considered one of the most technically impressive PS5 games right now.

Despite the fact that Marvel’s Spider-Man Remastered will be released in just over a month for PC, Sony and Insomniac have actually been pretty silent about how the game will work on PC. It is currently unclear what the control scheme will look like, what graphics and performance parameters will be available at launch, or what special features will be transferred from the PS5 version of the game. If Marvel’s Spider-Man is anything like Sony’s last few PC ports, such as God of War and Death Stranding, then it’s likely that PC players will get access to a whole host of new technical options to truly customize their experience.

Explanation of the sci-fi trope “Simulation of Life”