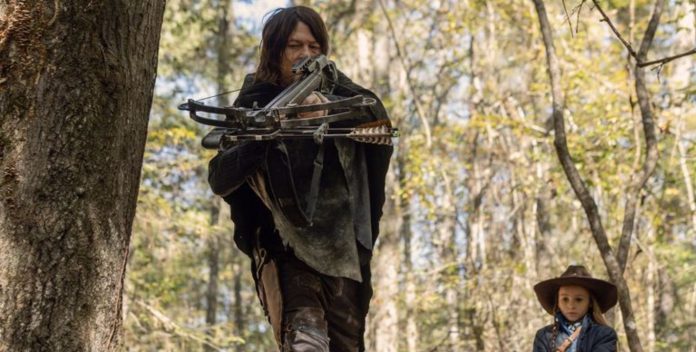 AMC, plans to premiere the 6 additional episodes of season 10 of The Walking Dead next month, and now released a preview of what is to come through a video and new photos.

As fans know, the 6 additional episodes of The Walking Dead season 10, began filming as of October 12, 2020, and currently the franchise has everything ready for launch.

The AMC channel reported late last year that additional episodes of the tenth season of the zombie drama The Walking Dead will air starting on February 28, 2021.

However, subscribers to the AMC + streaming platform will be able to get the special episodes starting on February 25, to see their favorite stars Norman Reedus, Ross Marquand, Seth Gilliam, Melissa McBride, Lauren Cohan, Khary Payton and Jeffrey. Dean Morgan.

As previously reported, additional episodes of the tenth installment of The Walking Dead will feature new guest stars such as Robert Patrick) such as Mays, Hilarie Burton Morgan playing Negan’s wife, Lucille; and Okea Eme-Akwari as Elijah.

Promotional preview of the 6 additional episodes of season 10

After the battle of the whisperers in the episode “A Certain Doom”, the six new chapters of season 10 of The Walking Dead will show the survivors of destruction, trying to rise from the chaos.

Traumas from the past weigh heavily on the main characters of The Walking Dead, letting them show their weaknesses. Now, in the new episodes they must find the inner strength that allows them to persevere with their lives, friends and groups intact.

Arthur Shelby in danger thanks to the return of an enemy

Nicki Minaj: his brother sentenced to 25 years in prison for...