Home Entertainment What you can learn from the first official image of Assassin’s Creed... 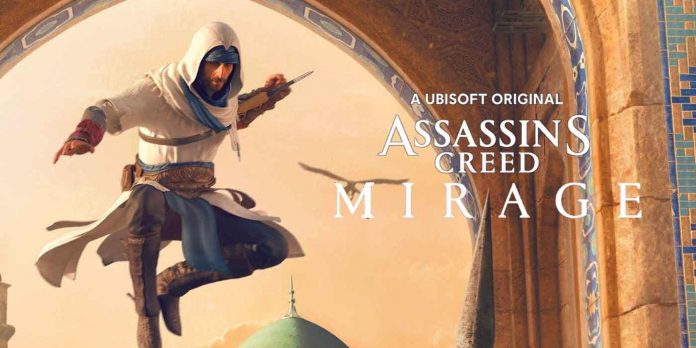 At the same time, the announcement of Assassin’s Creed Mirage was accompanied by part of the official key art for the title, which is full of details and information for decoding. From the main character of the game and the setting to the potential game mechanics, the artwork is extremely valuable for fans who want to learn more.

Rumors about the basics of Assassin’s Creed Mirage

Rumor has it that in Mirage the main character is Basim ibn Ishaq, a character that many know from the history of the aforementioned Valhalla. It is rumored that the action of Mirage, which is a prequel to Valhalla, takes place in the Middle East, or rather in the Iraqi capital Baghdad. Presumably, the game will demonstrate a young Basim rising in the ranks of the Hidden, predecessor organization of the famous Brotherhood of Assassins.

A key element of the Mirage story should be the investigation of how Isu’s god, Loki, slowly took over Basim’s consciousness, eventually rejecting Basim’s free will and leading him down the path of blind revenge, which was relevant to the story of Assassin’s Creed. Valhalla. Due to its initial conceptualization as DLC, it can be concluded that Mirage will have a much smaller scale than the more extensive role-playing games that have recently been seen in the franchise, with an emphasis on returning to the old “basics” of the series. .

What the official image of Assassin’s Creed Mirage demonstrates

As mentioned earlier, there is a wide range of information that the official covers of Assassin’s Creed Mirage reveal about the game in a subtext form. Firstly, the similarity of the Assassin depicted on the art with Basim is striking, and it is reasonable to assume that the Assassin is the main character of the Mirage. In addition, the initial rumors surrounding the Mirage are further confirmed by the buildings and architecture depicted on the artwork, which perfectly match the reported Middle Eastern setting.

The prominent eagle hovering behind Assassin can further confirm recent rumors that Mirage will retain the “eagle camera” mechanics of recent Assassin’s Creed role-playing games, allowing the player to view the landscape from above to gain an additional strategic advantage. The artwork also confirms the predictable presence of a hidden blade, and the target of the murder is a guard, which hints at the existence of a local and domineering antagonist force.

Targeted murder in a locality depicted in the artwork is a rarity in the last parts of the franchise, which once again hints at a return to the roots of the series in Assassin’s Creed Mirage. Although more reliable information about the title will reportedly be revealed at the Ubisoft Forward event on September 10, the main artwork in question is more than enough to give fans a full idea of what kind of experience they can expect after the long-awaited release of the game. .

Xbox Is Reinforced: Which Activision Blizzard Games Will Come To Game...

Zelda: Breath of the Wild 2 Gets New Video and Arrives...