Home Entertainment What Would Kratos Look Like If He Had Hair? 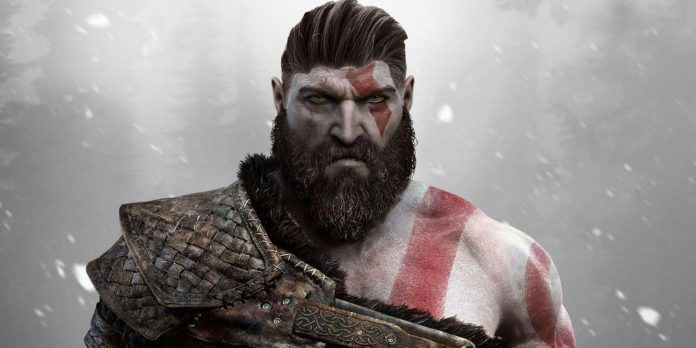 When one character has been at the forefront of the series from the very beginning, he is bound to undergo some changes. After all, change is inevitable, even in such a large and long-standing video game series as God of War. Some may even say that changes are needed to remain relevant, as was the case with the rethinking of the God of War franchise in 2018.

Kratos himself has undergone numerous changes since he was first introduced in the original 2005 issue of God of War. His personality has changed along with his roles, including warrior, general, servant of the gods, God himself, and more recently, an accomplished father and teacher. Time has changed Kratos not only in terms of personality, but also in appearance. Gone were the pointed beard, the dull loincloth, and the gaudy bracers on his arms and legs. They were replaced by a full beard, leather clothing with fur lining on the chest, waist and legs, and full boots, respectively. But one thing that hasn’t changed at all is Kratos’ lack of hair.

Since the first Sony Santa Monica game, Kratos has always been portrayed as a bald Spartan warrior. This may be done in order to distinguish him from the characters in both the God of War series and other video games, but unless Kratos suffers from a very rare case of alopecia, Kratos cannot be bald from birth. A close examination of Kratos’ chrome dome in the latest God of War reveals that he does indeed have a vague hairline above his eyebrows. His presence of hair growth can also be proven by his facial hair. In place of Kratos’ once infamous goatee, there is now a full beard, which means he can grow it if he wants.

Then it becomes clear that, despite the disheveled appearance in the last game, Kratos cares about how he looks. His choice of fur-lined clothing signifies his desire to protect his body from the weather as well as in battle, as well as not wanting to slow down his movements with bulkier armor. He also grew a beard so that others would not recognize him as the former Greek god of war. However, despite all his physical changes, Kratos simply could not part with his iconic hairstyle (or lack thereof). Baldness relieves Kratos of any problems related to hair, such as vision impairment. This also makes him somewhat aerodynamic and may give him an advantage over more hairy opponents. Whatever Kratos’s reasoning, it seems that the bald spot has not gone away, as evidenced by the trailers of God of War Ragnarok.

Relatives are the biggest evidence of Kratos’ Lack of Hair

Concept art would be the first thing to pay attention to when trying to distinguish Kratos’ hair if it grew, but it should be noted that not all of these parts are related to the finished product. To really find out what Kratos looks like with a full head of hair, people should turn to his relatives, who have already entered the God of War canon. Kratos’ parents, Callisto and Zeus, have short dark brown (almost black) hair and long white hair, respectively. Deimos, Kratos’ younger brother, seems to have inherited short dark hair from his mother and Kratos’ mother.

While this does provide the key to understanding Kratos’ hair, people should not discount Kratos’ own offspring. Kalliope, Kratos’ daughter by his first wife Lysandra, shares her mother’s straight light brown hair. Atreus, the son of Kratos by his second wife Laufei, also has straight brown hair. While Calliope’s genetics are easier to determine due to Lysandra’s presence in the series, Atreus is much harder to understand since players never see Laufei. However, both of Kratos’ children have the same straight light brown hair, which gives a clue to understanding Kratos’ hairstyle.

Based on his closest relatives, facial hair, and Kratos’ hairline, it can be concluded that the hair on his head actually has a very dark shade of brown bordering on black. Lighter brown hair might have obvious signs on Kratos’ bald spot, but closer inspection shows that there is indeed dark hair on the shaved areas—evidence that his mother’s dominant genes are superior to the godly genes of Zeus. It is not known whether Kratos’ hair is straight or somewhat curly (his brother Deimos’ hair has the characteristics of both), but it is safe to say that his children inherited their hair genes from their mothers. Kratos will most likely always be bald, thanks to religious concern for his appearance, but it’s funny to guess what the former Greek god of war would want if he grew his hair.