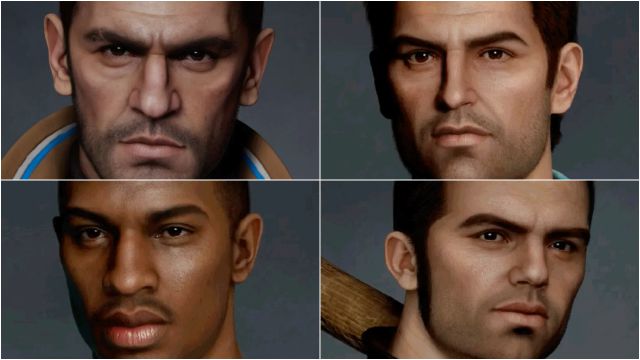 In the absence of GTA 6, a 3D artist imagines the emblematic characters of previous installments of the saga today. The result is impressive.

An expert artist in 3D modeling, Hossein Diba, has been in charge of recreating under a photorealistic style the four protagonists of the main installments of the Grand Theft Auto saga; as if they looked in a current or new generation video game. In the absence of GTA VI, a title of which we still do not even know its existence (although Rockstar works on new artificial intelligence technologies), this virtuous creator has left fans of the series speechless.

As we can see, the characters treated are, in original publication order: Claude Speed ​​(from Grand Theft Auto III), Tommy Vercetti (from Grand Theft Auto: Vice City), Carl Johnson (from GTA: San Andreas) and Niko Bellic ( Grand Theft Auto IV). This new series of works, which complements his extensive curriculum, is one of the ones that is attracting the most attention; perhaps because of the state of grace currently experiencing GTA 5 and its online mode thanks to Hitting Cayo Perico, the latest expansion, or because of the power of these characters, whose significance in the video game sector is immense.

No news about GTA 6; Niko, Tommy, Claude and Carl jump to the next gen

In the absence of an official crossover, remake or a new installment of the Grand Theft Auto saga where we somehow see Niko, Tommy, Claude and Carl, this is how we would see them on a console like Xbox Series X | S or PlayStation 5, whose result in this recreation is not too far from the graphically leading video games of the past generation of consoles, at least in static planes.

On his personal ArtStation page we also have photorealistic three-dimensional recreations of characters from Predator, Spider-Man: Into the Spider-Verse or Cyberpunk 2077, among other projects, all with the common denominator of being dazzling as well as surprising.

Rockstar, in a statement last December, made it clear that they will continue to bet on single player video games. Whether or not the announcement of the expected GTA VI will take place in 2021 is something we still do not know. Sales for Grand Theft Auto V, however, are still going strong.

Game Press announces the book A Better Past