Home Tech What would Cyberpunk 2077 be like in the third person? 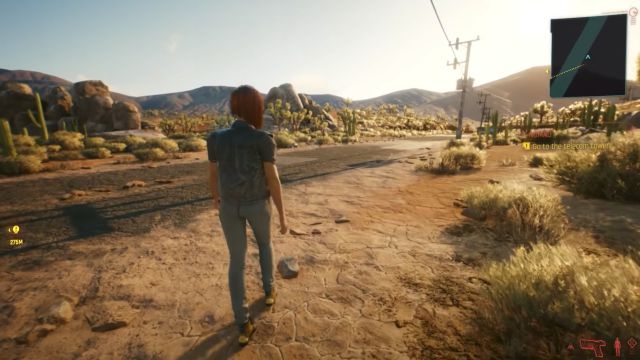 They recreate what the CD Projekt RED video game would be like if it had been designed with a shoulder camera. A mod changes the perspective on the PC version.

A group of modders have turned Cyberpunk 2077 into a third person video game. As if it were an adventure with a camera on your shoulder, the Cineagle Channel has made a reality what a certain sector of the community had asked for: touring Night City away from the first person. Although the mod is not available, this prototype as a test allows a glimpse of what may be available to all users of the computer game in the future. Other proposals like Grand Theft Auto 5 have both perspectives available.

The Cineagle video does not feature action scenes, only footage taken in the wilderness; no combat or other situations, just a glimpse of how the character animation, V, would behave if Cyberpunk 2077 were in the third person. The original modeling has no head, which has made it difficult to make the mod for this video. As a detail, the author assures that he has also used the tools in DiRT 5, from Codemasters.

To date, when less than two weeks have passed since the game’s launch, the mod community has yet to bear fruit due to the scale and complexity of the new CD Projekt, which requires code rewriting in some respects. . Not surprisingly, if its performance has been improved, it is to be expected that soon we will see things that now seem impossible to us.

Cyberpunk 2077 is going through a complex situation in the market

The PS4 and Xbox One version of Cyberpunk 2077 is far from optimal. The CD Projekt RED title has been withdrawn from sale on the PS Store, where it will not reappear “until further notice.” After the message of apology from the Polish studio, which has apologized for the state of the game, both Sony and Microsoft have confirmed that returns with full refund are guaranteed for anyone who requests it if they bought it in digital format; meanwhile, in physical format it is not clear how each store will proceed. The study, for its part, faces a historic collapse in the stock market.

Cyberpunk 2077 is available now on PS4 (physical format only), Xbox One, PC, and Google Stadia. Backward compatibility enables gameplay on PS5 and Xbox Series X | S with certain enhancements; the next gen version will go on sale in 2021.

Far Cry 5 is free to play! Here are the dates