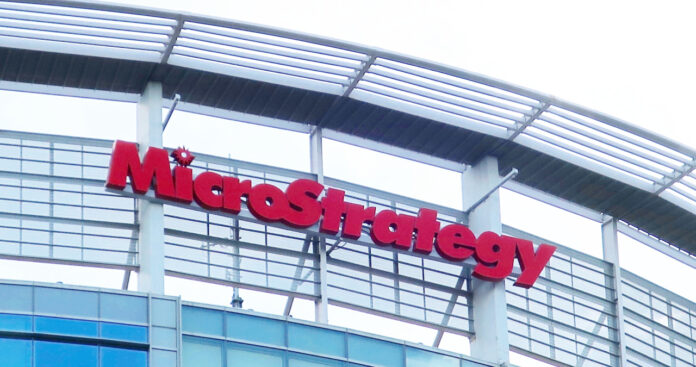 Microstrategy frequently came to the fore with the $ 650 million worth of Bitcoin it received in 2020 and dragged other corporate companies after it. The company, which has a total of 70 thousand 470 Bitcoins, is worth $ 1.6 billion with the current BTC price. So what can Microstrategy do in the future with this high rate of Bitcoin it has bought? Fintek and one of the popular names in the banking industry, Ellie Frost, shared her predictions on the subject.

Ellie Frost, who works in the finance sector and is also interested in Bitcoin and cryptocurrencies, shared on Twitter what Microstrategy can do with the 70 thousand 470 BTC purchased during the year. Frost stated that if the Bitcoin price rises, the company can evaluate the BTCs it has around 3 main scenarios.

“Considering the rise of Bitcoin, we can say that BTC will not only remain as a reserve asset of Microstrategy, it will also change the direction of the company.”

Ellie Frost first shared brief information about the company’s Bitcoin purchases. Frost said that Microstrategy made Bitcoin the corporate reserve currency, holding 0.34% of the total Bitcoin supply. Then, referring to the statements of the company’s CEO Michael Saylor, Frost emphasized that the average value of the purchased Bitcoins is $ 15,964 and “What will happen if the BTC price rises?” asked.

What will happen if the bitcoin price goes up?

“Bitcoin is estimated to rise by 65 thousand to 1 million dollars or more,” says Ellie Frost. If BTC is $ 65,000, then Microstrategy will have $ 4.6 billion worth of BTC. If BTC rises to $ 1 million, the company will have $ 70.5 billion in Bitcoin. ” said. According to Frost, the fact that an asset owned by the company becomes nearly 20 times more valuable than the total value of the company brings with it some scenarios.

Ellie Frost first started with a script that she found unlikely. Frost suggested that the company could sell some of the BTCs and reinvest the rest in core products. But he underlined that this was an unexpected situation. As another scenario, Frost showed the possibility of the company investing in new products in the field of blockchain analytics. Frost supported this scenario, which he found quite logical, by showing the company’s new “Bitcoin Strategy” control panel.

In the last scenario, Frost focused on the possibility of the company turning into a complete crypto company. “With the rapidly rising value of bitcoin, this possibility is not impossible at all.” Lastly, Frost said, the second scenario is more likely to happen.

Biden will replace its fleet with electric vehicles