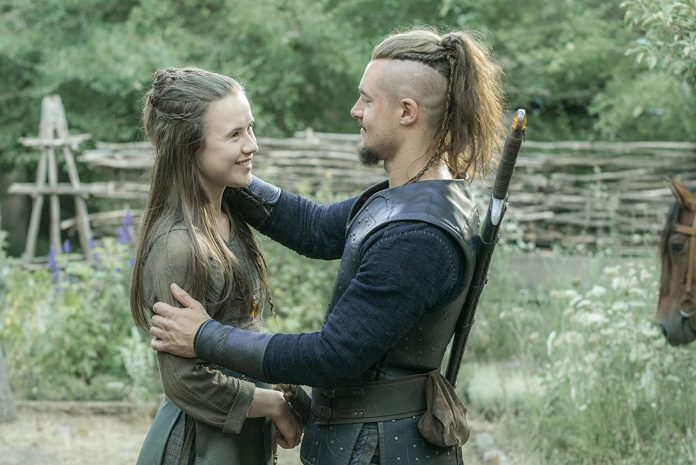 The Last Kingdom is preparing for the premiere of its season 5 on the Netflix platform, so fans have been wondering if Stiorra and Sigtryggr will have a child in this new installment.

Let’s remember that season 4 of The Last Kingdom, we saw how Sigtryggr (Eysteinn Sigurðarson) caught Utred’s (Alexander Dreymon) daughter, Stiorra (Ruby Hartley), keeping her captive, but in love with her.

At the end of the season, Sigtryggr promised to leave Winchester on the condition that he could take Stiorra with him. Uhtred reluctantly agreed and Stiorra and Sigtryggr were seen riding together into the sunset.

According to Bernard Cornwell’s novels and his book adaptation for season 5 of The Last Kingdom, Stiorra is married to Sigtryggr in the novels, so their wedding could take place in season 5.

From their marriage the couple will have several children, but they die during a deadly plague. As well as a mysterious “disease” that was the main point of the plot in the fourth season and could return to take down some of the characters in the fifth season. So one of Stiorra’s children is a daughter named Gisela, who is named after Stiorra’s mother.

Although it is not known exactly if things will happen the same as in the books, since the character Sigtryggr, has had many changes compared to the books, so that season 5 of The Last Kingdom, the same could happen again.