Home World What will happen to our planet if the earth does not rotate? 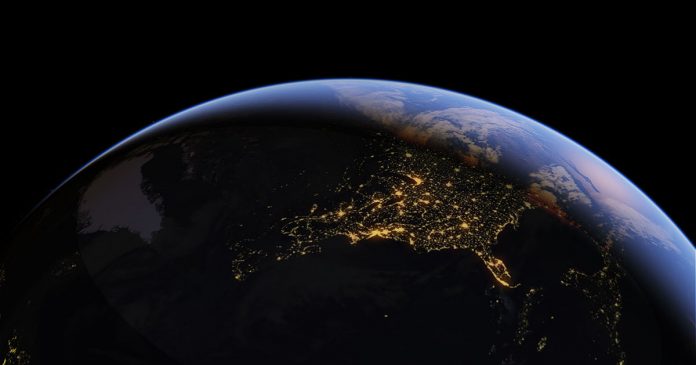 One of the main factors that sustain life on Earth is the rotation of our planet; what if the world doesn’t turn? Factors such as the existence of the Sun, the rotation of the Earth both on its axis and around the Sun are of vital importance. As the planet dances around the Sun, we sleep and wake up in daily rotations. The heat of the Sun keeps every part of the Earth warm at a certain level. However, the Earth’s rotation also regulates the geomagnetic field, the circulation of the atmosphere and the oceans.

If the world doesn’t turn everything will drift east

Our planet rotates when the Solar System formed 4.6 billion years ago. The Earth’s rotation speed is highest in the equatorial region and this speed is 1.609 km per hour. If this movement abruptly stops, everything starts to slide eastward rapidly. Moving rocks and oceans trigger earthquakes and tsunamis. Do apocalyptic scenes in movies come to life in your eyes?

“It would be a complete mess,” explains physicist Louis Bloomfield of the University of Virginia. Most people would suffocate, choke, scorch, or freeze to death.” But he adds that very few people will escape death. An elite group of people living in one of the four spots on the planet will survive. These ‘lucky’ spots are the poles. Because the rotation speed at the poles is close to zero. Of the four lucky regions with a good mix of the right atmospheric pressure and the right temperature, two are in the Northern Hemisphere and two are in the Southern Hemisphere.

Moreover, one of the things that will happen if the Earth does not rotate is shape change. The reason why the Earth is bulged from the equator and flattened from the poles is because the planet rotates around its axis. The diameter of the Earth measured at the equator is about 21.4 kilometers greater than the diameter of the Earth measured today at the poles. However, if our planet stopped, it would have the shape of a complete sphere. But it should be noted that this happens in a very slow process.

In such a case, the atmosphere will change in a similar way, becoming thicker at the poles and thinner at the equator. In this case, only Earthlings living at a point around mid-latitudes can experience the right atmospheric pressure to survive. But just the right atmosphere is not enough for life.

We have both good and bad news.

Bloomfield told Live Science that once the planet stops spinning, everything will shift eastward. Also, Bloomfield said, “The oceans will shift from the equator towards the poles. Near the equator will remain completely dry. The poles will remain submerged for miles.” said.

Also, if the Earth does not rotate, one side will always face the Sun. In this case, the side that will receive constant sunlight would be extremely hot. The vegetation dies, the soil dries up and cracks. The opposite hemisphere would be plunged into perpetual icy darkness, and the ground would look like frozen tundra. In addition, the equatorial circumference will turn into a mega continent. The areas that will be flooded are mainly Canada, the USA, all of Greenland in the north, as well as the northern plains of Siberia, Asia and Europe.

But don’t worry! Geologist Jim Zimbelman, who works at the Center for Earth and Planetary Studies at the US National Air and Space Museum, made a statement. He said such an event would require the same amount of energy stored in the momentum of everything on our rotating planet. He also states that no physical mechanism in the world can do this.

In short, the four human tribes that will survive these events will be separated due to the difficult conditions between them. Environmental differences will lead to the evolution of four different hominid species. To cope with the greater flux of cosmic radiation they would experience in the absence of a geomagnetic field, they would all need to be tougher and thicker-skinned than existing humans.

So, now let’s give you the real bad news: Earth is actually on its way to stopping its spin. The surge of land and ocean tides caused by the spin is damaging the planet. The energy that drives all these tides back and forth is slowly slowing us down.