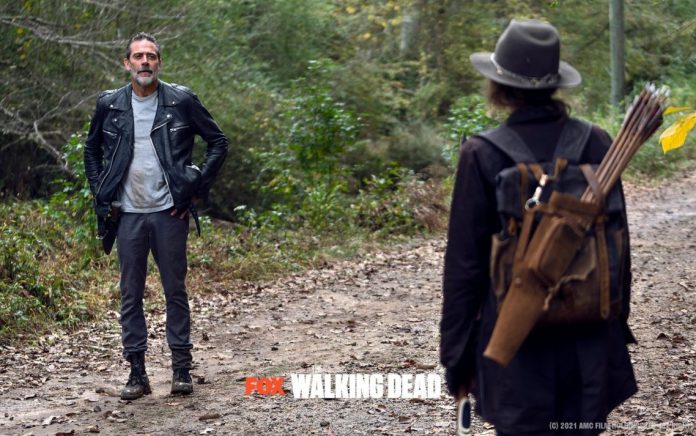 The popular The Walking Dead series is preparing for the premiere of its 6 bonus episodes of season 10, where Negan is seen returning with his bat, Lucille, but what will happen to him and Maggie?

Recall that for some seasons ago the tension between Negan (Jeffrey Dean Morgan) and Maggie (Lauren Cohan), they have not been anything good and stable, after he killed her husband Glen (Steven Yeun).

But, after a long wait for a showdown between the two and the recent trailer for the extra episodes of season 10 seem to confirm it.

As the trailer progresses, fans overhear a conversation between Maggie and Daryl (Norman Reedus), with the latter saying, “You could go home.” The video is only a minute long, but leaves a great intrigue.

Maggie then mentions to Daryl: “[My son] asked how his dad died.”

“I told him a bad man killed him,” she adds. “And I wanted to know if that bad man had what he deserved.”

The promo then cuts to a tense look and prepares for battle. Maggie walks in with her masked ally that fans featured in the closing moments of season 10, part two.

Although the trailer doesn’t show Negan and Maggie together, these clues certainly point to an explosive showdown that can occur between the two, once head-to-head in the extra episodes of The Walking Dead season 10.

See Also
Reasons why these deaths should never have occurred

Tomorrow belongs to us: Isam confesses his feelings!