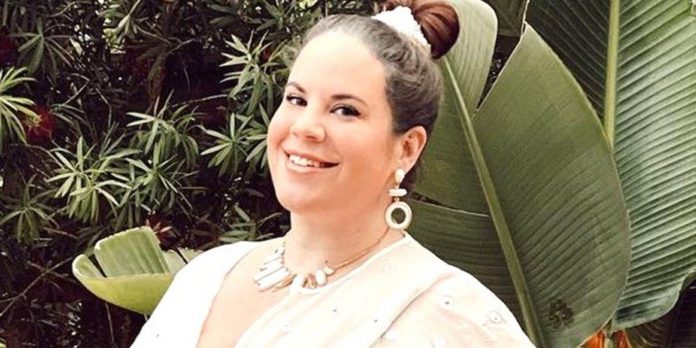 Whitney Way Thor is preparing for the premiere of the 10th season of the TV series “My Big Fat Fabulous Life”, and over the past few weeks she has shared numerous photos of herself enjoying a vacation in the tropics. She has not previously revealed her whereabouts, leaving fans to look for clues as to where she might be. Some detectives on social media thought she might be vacationing in Hawaii or the Bahamas. Now Whitney has finally shared the name of the place where she basks in the sun and plays on the waves.

The star of My Big Fat Fabulous Life keeps silent about his vacation, and also does not want to share details about his personal life. After a devastating breakup with her ex-fiance Chase Severino, she unexpectedly found love. After a rather long correspondence with the French teacher, she decided to start a romantic relationship with him. She didn’t share much information about her elusive French boyfriend, preferring to keep this part of her life a secret. In fact, she hasn’t mentioned anything about him at all lately, and fans are wondering if they’re still together.

Whitney recently shared a video about her adventures on the island on Instagram. “We had a wonderful vacation in Saint Lucia. You will be able to see all this during the premiere of the 10th season on August 9 at 10/9c.” The video presented the highlights of her stay there, as well as stunning views, crystal clear water, palm trees and good friends. Whitney had her boyfriend and ex-boyfriend Lenny Alehat with her. Lenny instantly became a fan favorite, and fans hope that they are back together. Recently, there were rumors that Whitney and Lenny are dating again. It remains to be seen whether this is really the case.

One fan asked Whitney where she was staying, as they would also like to have the opportunity to enjoy it. Whitney replied: “We stayed at The Landings. It was great!” Judging by the clips she shared, it looks like everyone had a good time, including her friends, Buddy Bell and Tal Fish. They had fun swimming, dancing, water skiing and boating. Whitney’s friends have been an important support system, providing her with emotional support over the years. It was obvious that she was happy to share this moment with them.

When My Big Fat Fabulous Life returns, it will most likely give fans a deeper look at her journey. Based on what is known about Season 10 from Whitney’s words, most of the ride is likely to be presented in the new season. While viewers are excited to get more details about her vacation, they also hope to get more information about what’s going on in her personal life. They really want to know where her personal life is going. It’s possible that she was waiting for the season 10 premiere to reveal any updates that would change her life.