Home Entertainment What we do in the Shadows: the best that each character has... 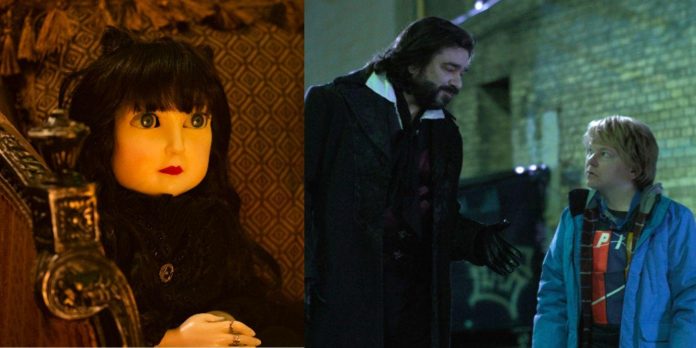 The ongoing fourth season of FX’s What We Do in the Shadows shows even more of the vampires’ wild antics. They’ve proven that they can do good things, too, though, even if their kind actions are still somewhat self-serving. This is exactly what Nadja does by freeing Richie Suck from his manipulative familiar, which isn’t the nicest thing she has done in the mockumentary.

The best things the characters have done in the series have a positive effect on themselves, their peers, or even their species as a whole. Their acts of kindness may be few and far between, but they often have a lasting impact, create new relationships, and result in heartwarming scenes.

Baron Afanas: Communicated With The Sire

Before he even appears in the series, the Baron is built up as a powerful character, but he turns out to be a chill guy who is happy just to party with the gang. This is why it’s so jarring when Guillermo accidentally kills him. Thankfully, he’s brought back later on and proves to be useful during a particularly stressful situation.

After Nadja and Nandor’s neglect leads to the Sire’s escape, they corner the ancient vampire but are unable to tame him. It’s only after the Baron communicates with him that they’re able to fix the problem. The Baron helped his entire species avert disaster, as the Sire’s death would supposedly kill all the vampires.

While Nadja’s decision to turn Jenna is questionable, the vampire does take care of her and teaches her how to find her unique skill eventually. The best thing Jenna does is to trust Nadja enough to allow her to help her, as they likely would have never found out about her special power of invisibility if they hadn’t bonded that way.

Along the way, it’s also revealed that Nadja’s special abilities include scaling walls, seducing victims, and turning into a pile of rats. Even Laszlo chips in, with Jenna learning to trust him as well even after a rough start.

It’s not often that one of the vampires on the show befriends a human being, as they’re mostly seen as weak victims with short lifespans. Sean makes it impossible for Laszlo to stay away, though, which is a good thing.

Laszlo eventually develops a close friendship with Sean, who brings out the vampire’s more caring side. Their bond is beneficial for both of them, with Laszlo enjoying human activities like the “Superb Owl” and even a trip to Vegas with the other vampires. For his part, Laszlo’s “brain scramblies” actually improves Sean’s relationship with his wife.

Nadja’s Doll: Stayed With The Gang

While every other vampire manages to help their ghost cross over, Nadja decides to persuade hers to possess a doll so she can stick around. Since then, the doll has been a source of witty remarks and humorous actions, adding some much-needed variety to the gang’s house.

There was also an episode that shows her running away, which thankfully ends with Nadja convincing her to stay with the group. It’s hard to imagine the show without her now, as she’s somehow both adorable and terrifying, which makes any scene with her exciting.

The Guide: Helped Nadja With Her Nightclub

It’s understandable to expect that the Guide would be a villain, as she’s introduced as the Vampiric Council’s loyal servant. Over time, though, she has become close with the gang, despite their obvious differences when it comes to responsibility and neatness.

The best thing she has done for them so far is to allow them to renovate the Council’s headquarters, turning it into Nadja’s dream nightclub. She’s initially hesitant but agrees to undergo Laszlo’s twisted version of psychology to truly allow Nadja to destroy everything she has guarded for hundreds of years.

After the Council conducted a totally unfair trial concerning the Baron’s death, they sentenced Nandor, Laszlo, and Nadja to die by exposure to sunlight. The three of them were tearfully saying their last goodbyes as the sunlight began to creep into their jail cell.

Right before they’re burnt to death, though, Colin show’s up with a huge umbrella. His housemates were overjoyed to see his funny face looking down at them from the hole. They would have surely perished if it wasn’t for the energy vampire’s umbrella and Guillermo’s box, which held them in their bat forms until they safely got home.

Nadja Of Antipaxos: Rescued Laszlo And Nandor From Lilith’s Coven

Nadja has made a lot of enemies, with one of them coming back to negatively impact her life once again by kidnapping Laszlo (and Nandor). Lilith is a witch who used to be a close friend but turned into a rival after Nadja learned she slept with Laszlo.

Despite Laszlo’s disloyalty from the past, Nadja goes to rescue him before they could use ancient tools to extract his semen. While it’s really Guillermo who saves the vampires in the end (as usual), he likely would have never made it to the coven’s lair without Nadja’s help.

Laszlo Cravensworth: Stayed Behind To Care For Baby Colin

Over the course of the show’s seasons, Laszlo’s character arc has evolved to emphasize his kindness, even if he can sometimes be misguided. Out of all of his several selfless acts, it’s his decision to let Nadja go to London without him that stands out, as he does it so that he can stay behind to take care of baby Colin.

With no one else aware of his existence, it’s up to Laszlo to act as baby Colin’s father figure, which is a role that he embraces. In fact, he goes over and above by teaching him important skills and showing him love even when baby Colin doesn’t grow up the way Laszlo wants him to.

Nandor The Relentless: Stood Up For Guillermo

The relationship between Guillermo and Nandor has only been strengthened throughout the series, with the vampire himself admitting that Guillermo has gone from being a familiar to a genuine friend. One of the most trying times for them happens after Guillermo murders several vampires in the theater, which reveals his Van Helsing heritage to the housemates.

While Nadja, Laszlo, and Colin argue about whether they should kill him or not, Nandor cautiously takes Guillermo’s side. He even defends his familiar and probably encouraged the other vampires to promote him to become their bodyguard.

Guillermo De La Cruz: Killed The Vampires In The Theater

Despite being neglected and underappreciated by the vampires, Guillermo is horrified and concerned when he returns to the house and finds out they’re walking into a trap. He knows they’ll surely die without him, and even as he watches them humiliate him in front of the audience, he still decides to save their lives.

Guillermo finally displays the full extent of his vampire-killing abilities. It’s obvious at that moment that he is a Van Helsing, as he effortlessly massacres an entire theater full of dangerous supernatural creatures. It’s the best thing he has done for the ungrateful gang who don’t seem to realize how close they were to a public execution.