Home Entertainment What we do in the shadows: 8 quotes that turned out to... 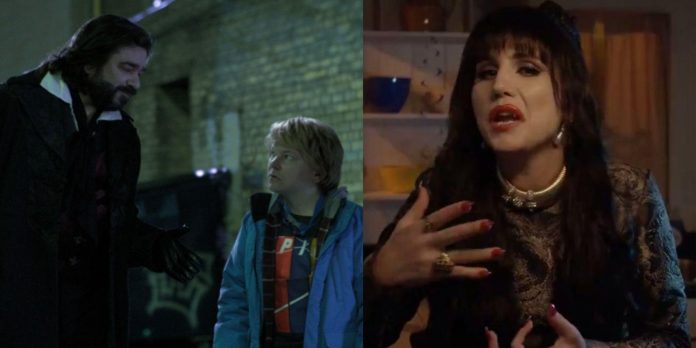 The most recent episodes of What We Do in the Shadows’ entertaining fourth season continue to explore the meaningful and changing connections between the main characters. While the mockumentary is known for its gut-busting moments thanks to the vampires’ wild antics, it has some genuinely moving scenes that often come with thought-provoking quotes.

Some of the lines in the series are surprisingly deep, which makes them unforgettable. From Colin’s profound life motto to Laszlo’s touching realization about fatherhood, there are some quotes that underscore the philosophical or emotional aspects of the main characters’ personalities.

Colin often seems like the least threatening member of the vampires’ group, as he feeds by draining his victims’ energy rather than their blood. He’s seen as annoying by most, as his method involves boring others with menial conversation and useless facts, which also happen to be Colin Robinson’s funniest lines on the show.

This is why it’s so surprising to hear how he is hurt by the fact that “even when” he’s “being sincere” and “looking for” “support, people think” he’s draining “their life force.” What follows is his own take on a popular quote, which underscores how much he actually loves life and cares for those around him.

“I Will Always Be Just A Familiar To Them.”

Nandor’s familiar, Guillermo, acts as all of the vampires’ assistant who’s overworked and underappreciated. A great example of this is when he does most of the work while rescuing Nandor and Laszlo from the witches. Thanks to his negotiating skills and brilliant scheme, the witches agree to a mutually beneficial and long-term agreement.

After it’s all over, Guillermo mulls over how he “saved the day when no one else could,” but he’s still “just a familiar” who’s “just another schlub” to the vampires. It’s a genuinely sad moment that shows how much Guillermo wants to be recognized for his efforts.

“Do You Ever Wonder That Maybe There Is More To This Life?”

There’s a moment between Nadja and Nandor that foreshadows his transformation later on in the series. After he decides to take the kind approach to a group of disobedient vampires, Nadja angrily asks what’s wrong with him. This prompts a serious response from the vampire, who admits he has “just been goingthrough some things lately.”

The question that follows takes Nadja by surprise, as “mindless killing and bloodlust” are things vampires are supposed to enjoy. In hindsight, Nandor’s experience with the Wellness Center and his Super Slumber make total sense if he’s feeling that way.

“I Fell In Love And Married The Most Beautiful, Simple Girl.”

There’s no denying that Laszlo and Nadja have one of the best relationships in the series, which is only improved by a heartfelt confession. As Laszlo explains why he was really expelled from the prestigious “Sherwood Club,” he describes how they hated that he would marry “a girl with no social standing.”

He sees Nadja as “the most beautiful girl” he has “ever known,” so he gave up his position there to be with her. The scene adds yet another layer to their already inspiring marriage, which has stayed strong for hundreds of years. With dedication and passion like that, it’s easy to see why.

“We Are All Just Temporary Aggregations Of Dust And Fluid.”

A ridiculous argument between Nandor and Colin starts when they disagree about the origin of the world as they know it. Nandor is still stuck with his outdated belief that “the Earth rested upon the shoulders of four mighty elephants.”

Colin’s correction is not only scientifically sound, but also thought-provoking. He details how the “big rock” that is the earth is “just one of an infinite number of equally unspecial big rocks that make up part of this vast and uncaring universe.” He obviously subscribes to the philosophical concept of optimistic nihilism, as instead of displaying existential dread, he says all of those lines with a smile.

After the vampires make the hilarious “Superb Owl” mistake, Nadja is appalled by the wives’ stories about how their husbands don’t treat them right. In classic Nadja fashion, she says that they’re “poor women” who “take a lovely, handsome chap from the street, make him their husband, and then, in the blinks of an eye, he becomes a big, lazy sack of s**t.”

It sounds funny, but it’s actually a spot-on commentary on how stereotypes can be harmful to women who find themselves doing most of the work around the house. Nadja refuses to endure anything of the sort from Laszlo, who is quick to correct his actions whenever she calls him out for them.

“There Are Others In Our World Whose Future Is Far Less Certain.”

Laszlo proves just how kindhearted he can really be after Colin’s tragic death, as an unexpected moment in the series introduces baby Colin. Laszlo sends a letter to Nadja and apologizes for ditching her, as he has realized that there are “others” in the world “who actually are weak and defenseless” and “who need protection and care.”

It’s a heartwarming and deep remark to hear from Laszlo, as the vampires tend to be egoistic and self-centered. His recognition of those who are weaker is a big step for him, especially considering what he risks just to help the child.

“I Learned Not To Trust My Father Or Anyone Else, For That Matter.”

During their first few weeks together, Laszlo forces Colin to like and dislike certain things based on what the now-father figure believes he should enjoy. He eventually recalls how his father did the same with him, teaching him to “hit the other fellow before he hit” Laszlo.

His poignant line that follows shows the bad result of this kind of upbringing, as it caused Laszlo to have trust issues. What’s more, these effects “took centuries with” his “Nadja to unravel.” He realizes that he doesn’t want the same for baby Colin, which highlights how much he truly cares about the kid.