Home Celebrity What was the reason Monica Raymund left the show? Ad 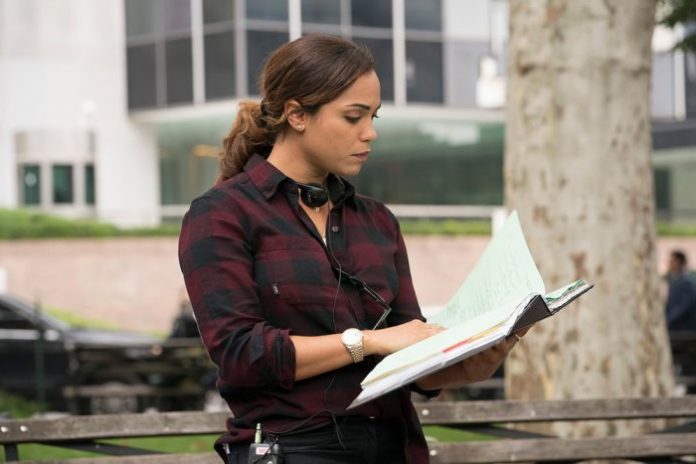 Since the premiere of the Chicago Fire series in 2012, actress Monica Raymund had been playing the role of Gabby Dawson, the paramedic who was married to the much loved Captain Matt Casey (Jesse Spenser) in this hit NBC show.

Gabby Dawson’s departure was a real surprise to all Chicago Fire fans. Many of the series’ fans were surprised when actress Monica Raymund decided to leave the hit series in 2018, at the beginning of season 7.

Those who follow the series know that Chicago Fire is not only about projecting the heroics of its characters, but also that it portrays the lives of each of the characters and the relationships between them in the fire station where the show is filmed.

The “Dawseys”, as the pair of Dawson and Casey were commonly known among their co-workers, represented a very important element in the series. However, in the series Dawson left her life in Chicago in order to contribute to Hurricane Puerto Rico relief efforts.

But in real life, Monica Raymund’s departure had different reasons for saying goodbye to the Chicago Fire. And is that after six continuous seasons in the NBC series, the employment contract for Raumund had already ended; reason why she had to make decisions that would have important consequences in her personal and professional life.

She therefore, she had to decide to leave the series to take on new projects. At that time, the actress made public some comments on social networks, related to her departure from Chicago Fire.

“Time to move on to the next chapter in life.”

“I had been in Chicago for five years and personally, where I was in my life, I was ready to make my home and plant some roots in Los Angeles.”

“It’s kind of a double-edged sword because on the one hand, it’s wonderful to be employed for so long and to have job security, and to be able to delve into a story and eliminate it during that period of time. Having that opportunity is extremely rare and special. […] But sometimes you have to take risks to diversify your opportunities. ”

And is that for Raymund, this was not a decision that was made lightly, so she also said at that time:

“It feels surreal. I gave that show six years of my life and created a family there, so it was a bit of a dismemberment. I miss them terribly. But I have a chance to start the next chapter of my life and I’m looking forward to it. that”.

However in an interview done last May for a digital magazine, Raymund said when she was asked about another possible comeback:

“I do not know”. I think it is an open question. But there’s always an open door with Gabby, and I think that’s the way it should be. ”

After leaving the Chicago Fire, Raymund has been seen starring in Starz’s original crime drama “Hightown” since May 2020, where she plays Federal Agent Jackie Quiñones.

Vikings: are the characters’ deaths true to the real story?